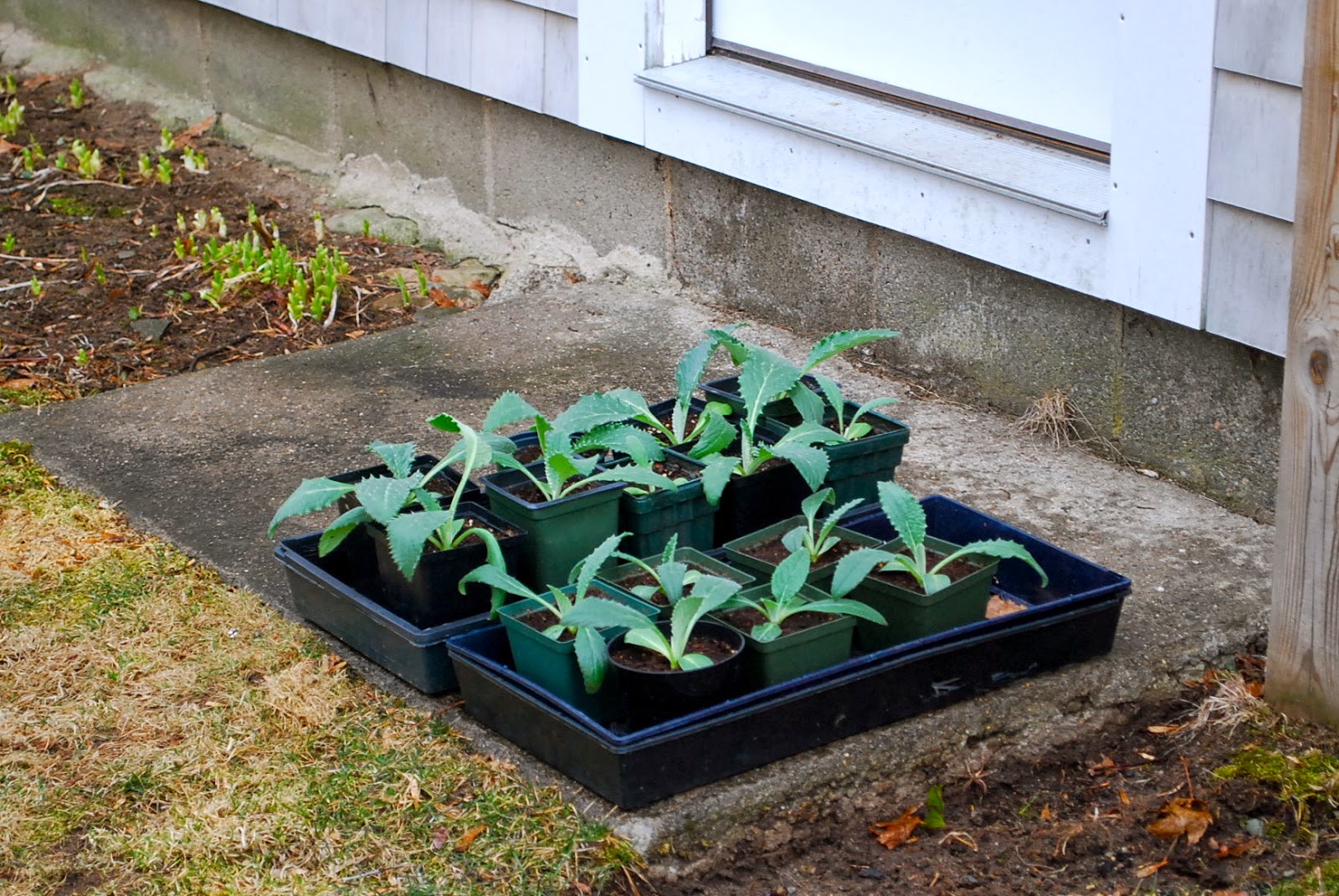 It's been about 6 or 7 weeks since I started my artichokes.  My initial batch was a variety I've grown in the past - 'Imperial Star', what is a reliable producer of artichokes during the first year.  It's also the main variety grown here in the Northeast for annual production.  A couple weeks later, I found some 'Green Globe Improved' artichoke seeds at a local nursery and decided to give those a go as well.  In my opinion, Imperial Star is good but doesn't come close to the amazing flavor of a fresh Green Globe.  Though not as reliable or productive as Imperial Star, Green Globe may also produce edible buds the first year if you provide it with at least 6 to 8 weeks of cold temperatures.  Artichoke plants generally start flowering in during the second year and this cold treatment tricks the plant into thinking it's experienced a winter.

With temperatures reaching into the low 50's this past weekend, I was able to sun my artichokes for the first time.  As long as they are brought back in whenever temperatures drop below 35 degrees, they should fair perfectly well outside.  And if all goes well, I should get my first artichokes sometime in July.
Posted by Thomas Generazio at 10:23 PM