Potting Up and Planting On

My seedling starting endeavor is in high gear and things are growing along fast.  My indoor plant shelves are filled to capacity with several more trays of seeds germinating as we speak.  As a result, by next weekend, I will have to perform the daily task of carrying many of my plant trays outside in the morning and back in at night.  During the day, I'll set them out in a sunny spot on our patio under large clear Tupperware bins, or what I like to refer to as my 'poor man's mini greenhouses'.  I'd done this several times last week and my young plants seem to be fairing well.  I could build something a bit more elaborate, but for the time being, these seems to do the trick. In any case, here are pictures of several flowers I'm growing from seed this year.  I've very happy with how they've grown thus far. 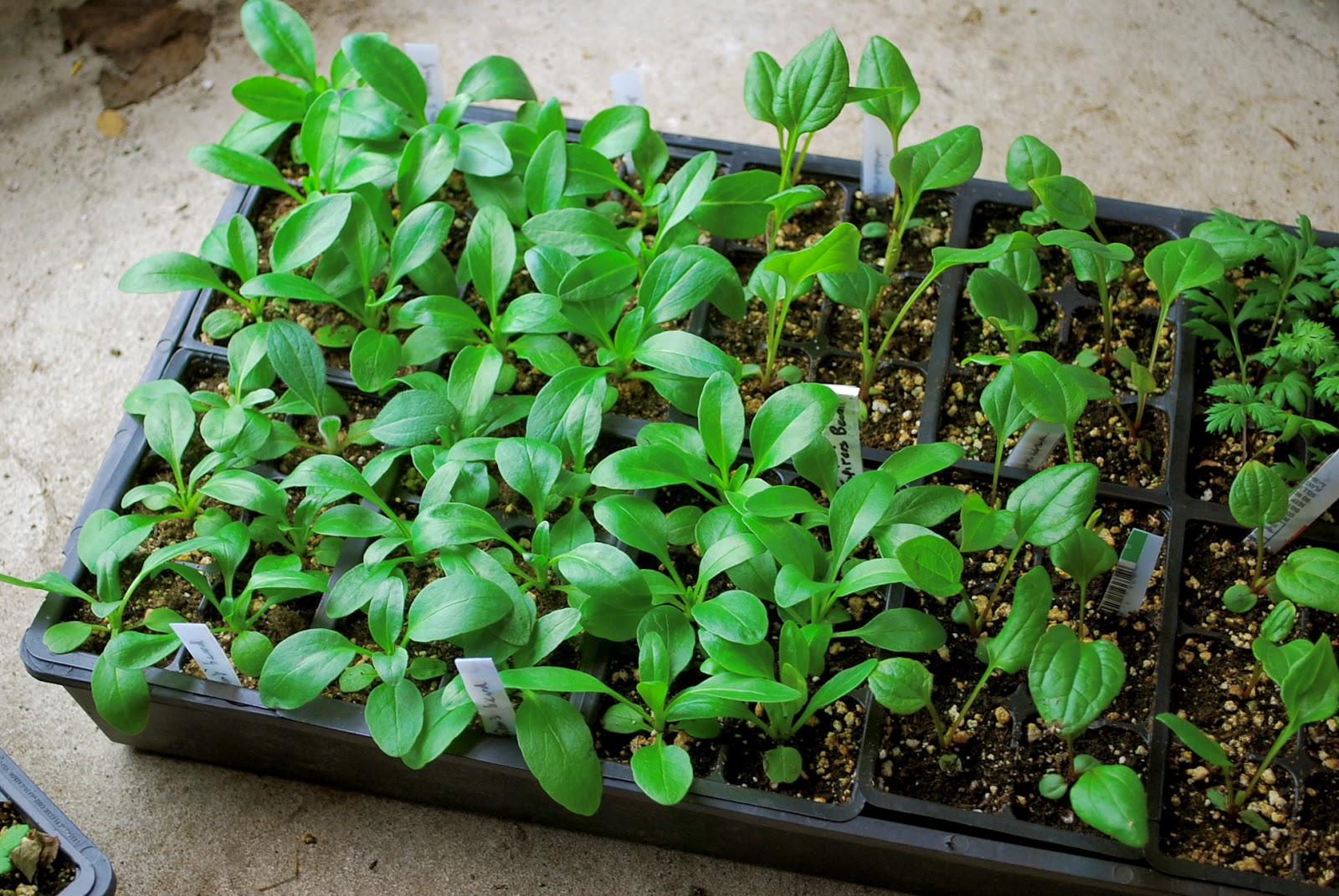 On the left are several 6-packs of Jupiter's Beard - a butterfly favorite.  Also pictured are some purple coneflowers (Echinacea purpurea). 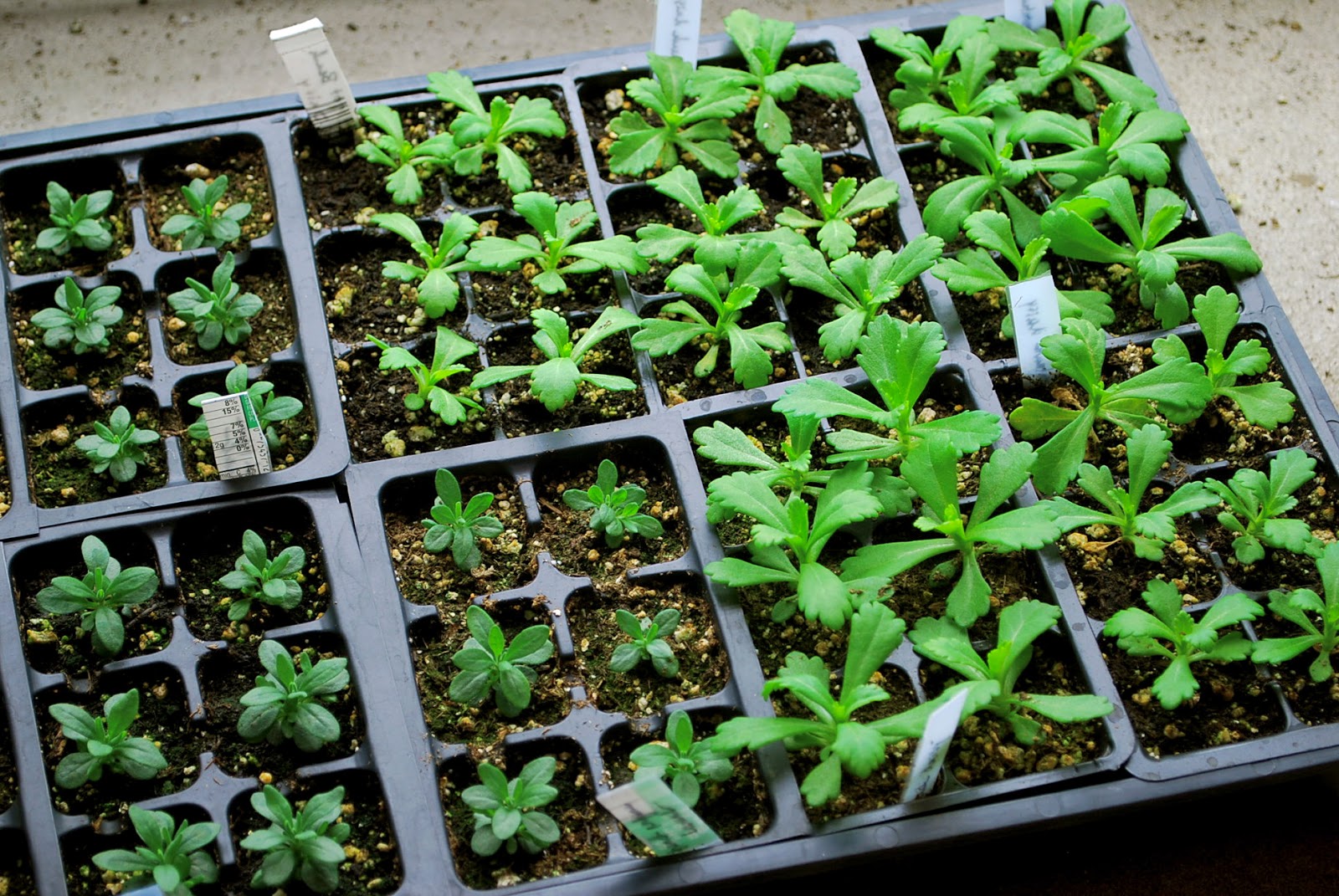 On the left is 'French perfume' lavender, which only grows to about a foot tall and will make for a good border plant.  On the right are Montauk daisies, a late flowering perennial grown from seeds I collect at nearby North Scituate Beach. 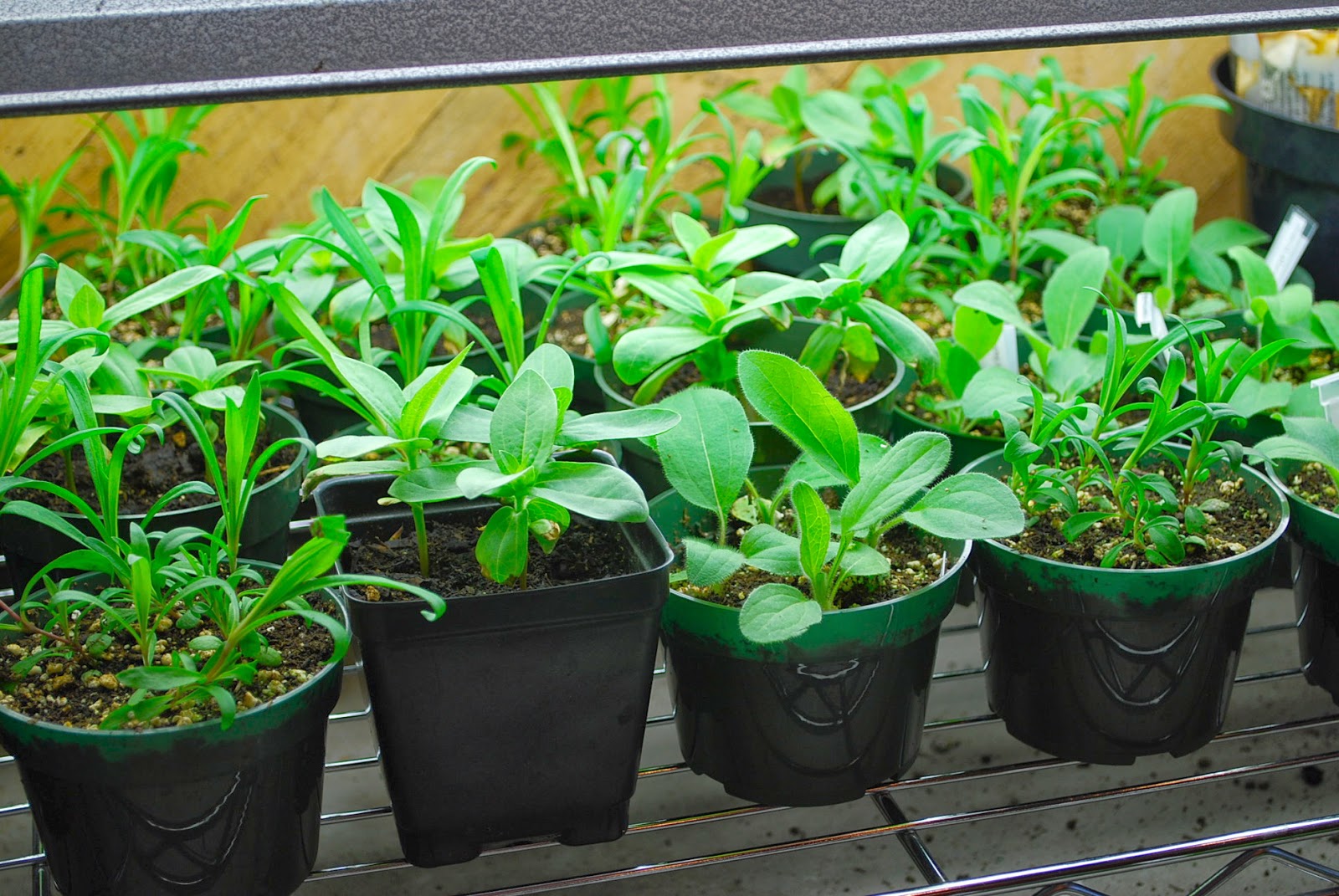 Small pots of cottage pinks, zinnias and black-eyed susans - all of which will need to be potted up again soon.  I'd potted on many of my seedlings into individual cells.  Others, I grew on in groups of 2, 3 or 4.  Since this is my first real attempt at growing a flower garden, I'm experimenting a bit.  So far, all of my seedlings seem to be growing well whether potted on individually or in small groups. 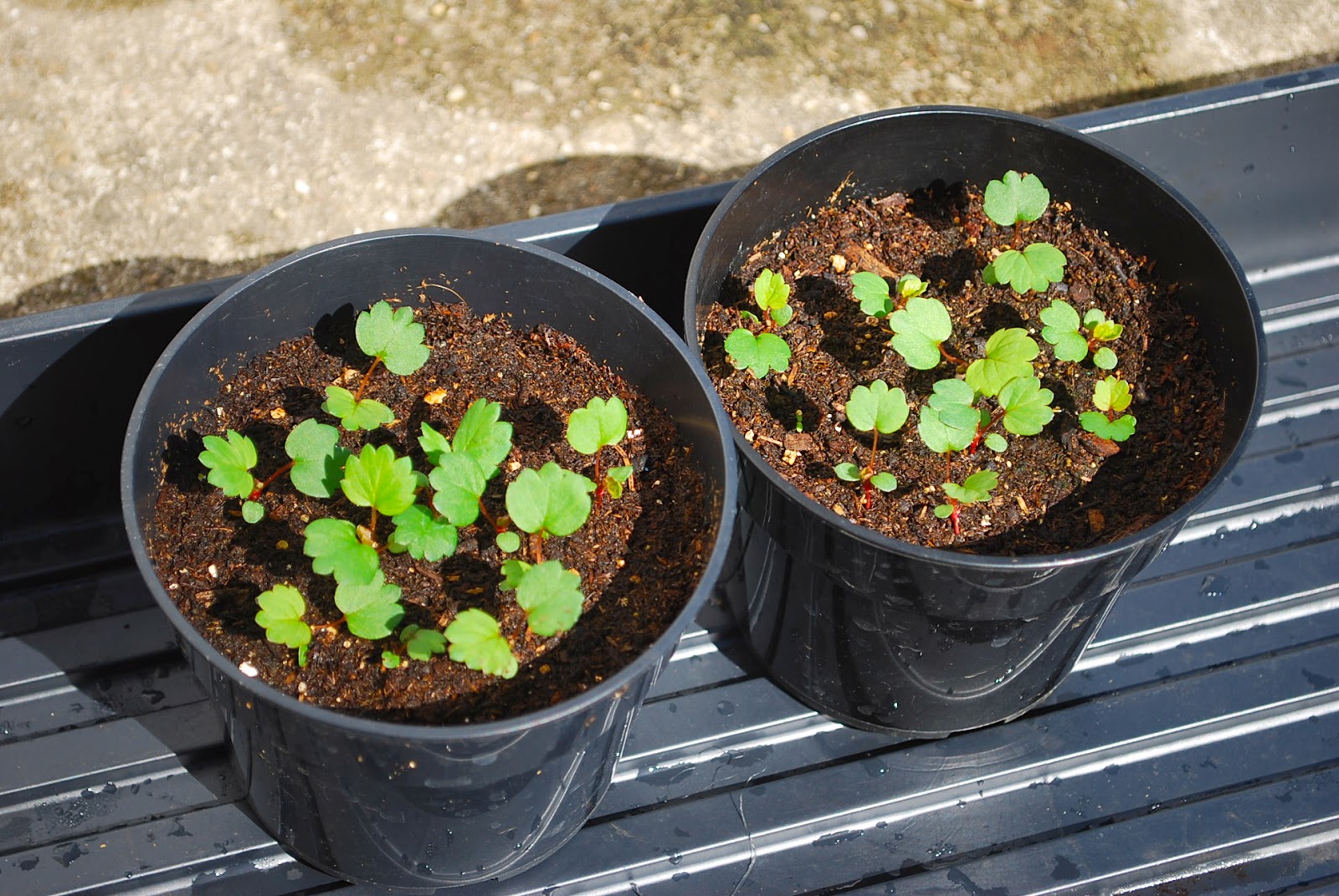 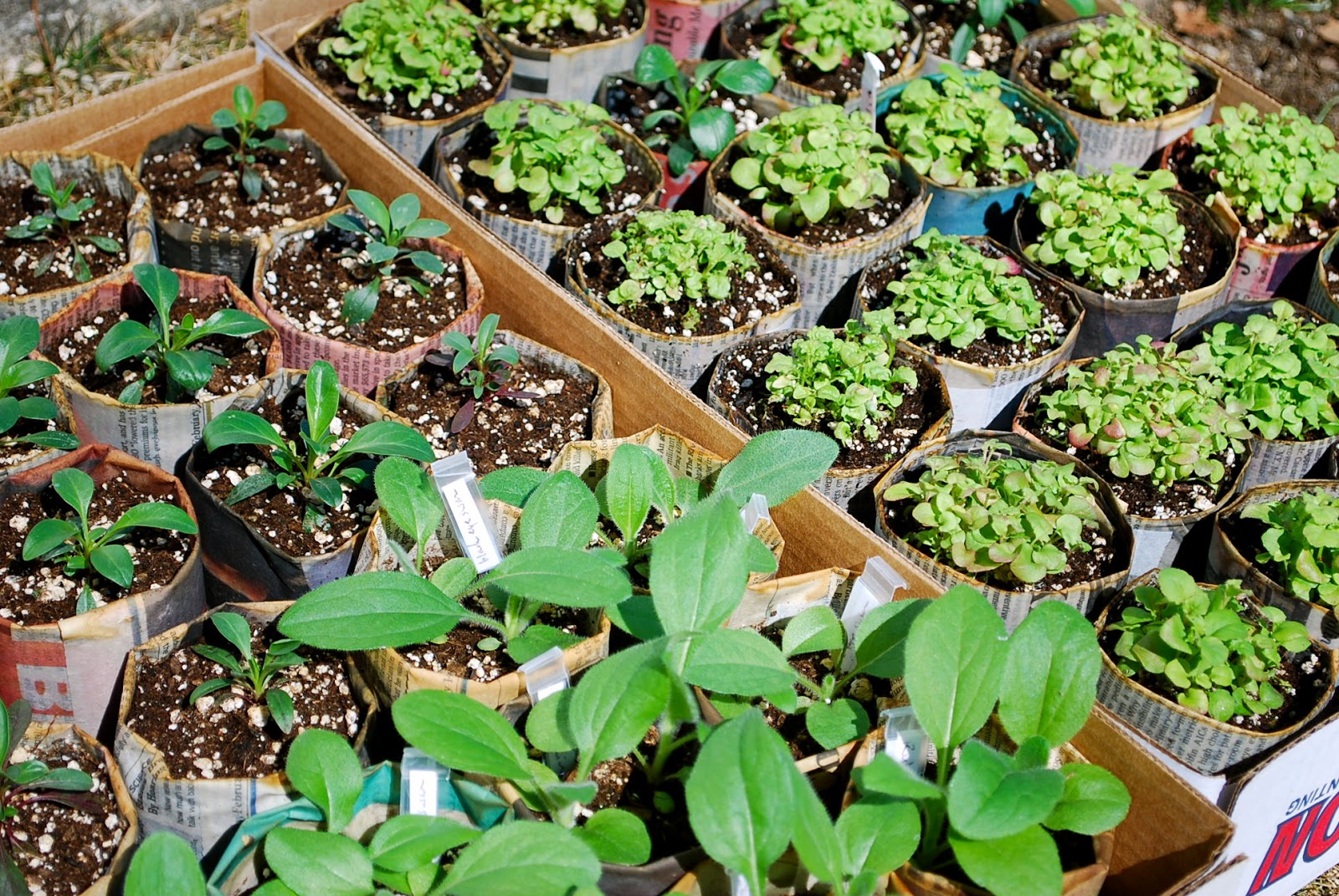 Trays of penstemon, rudbeckia and cascading lobelias sunning outside for the first time.

At this point, I've started most of my flowers, brassicas, alliums and herbs.  This past weekend, I also sowed my peppers and tomatoes.  It seems crazy to think that our average last frost date is only 5-6 weeks away, especially considering that we're expecting another snow storm this Wednesday.
Posted by Thomas Generazio at 10:54 PM