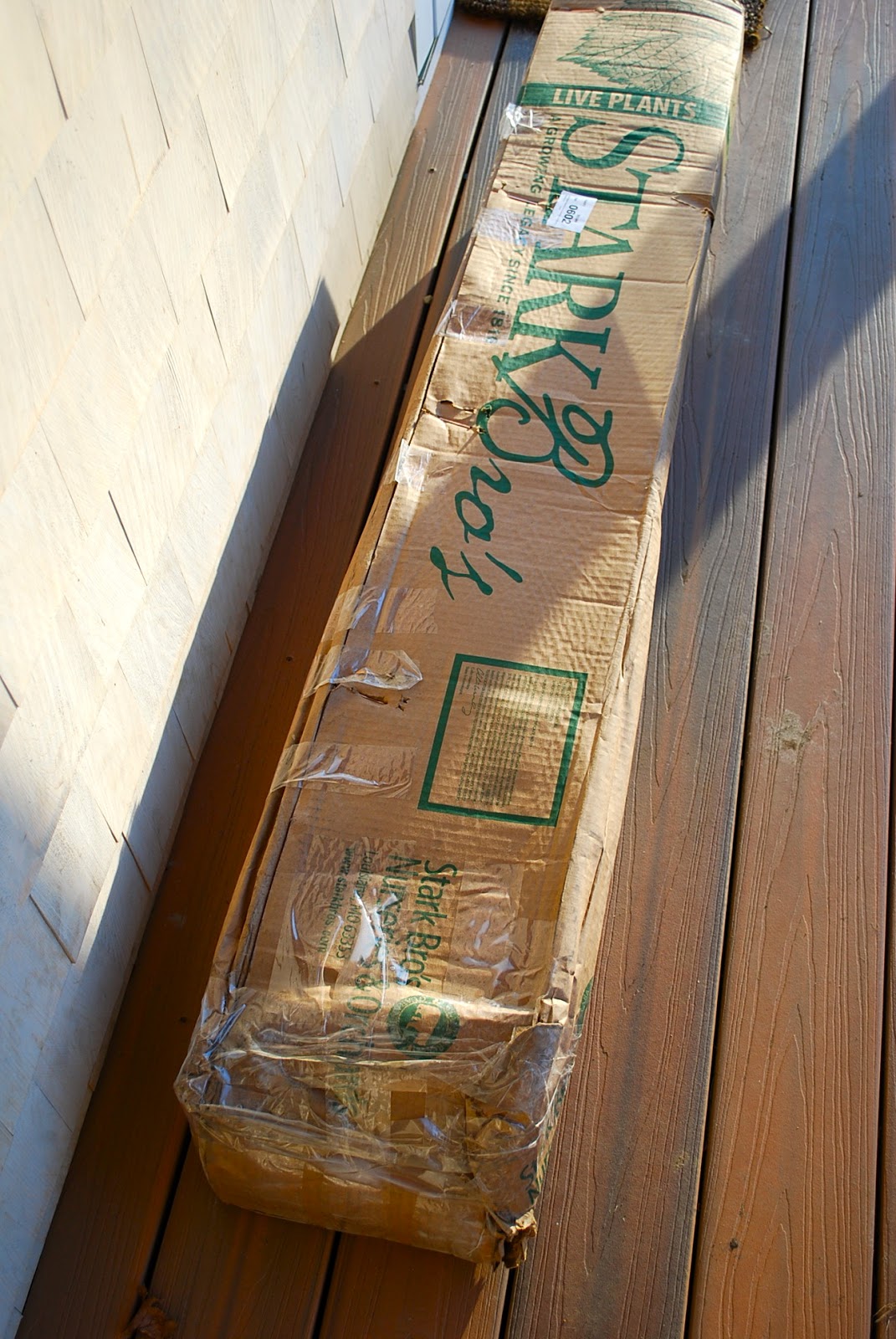 The first of my fruit trees and shrubs that I'd ordered online last year have arrived!  It feels like such a milestone in a way.  If anything, it's yet another reminder that we're now firmly settled in our long-term home and that the years of us moving from place to place are behind us.  This particular delivery is from Stark Bro's and contains 8 fruit trees.  The box arrived a little banged up but the bare-root trees themselves seem in pretty good shape aside from a couple broken branches.  I'd ordered all dwarf trees, including an Ichi-Ki-Kei-Jiro Asian persimmon, Gold Rush apple, Honeycrisp apple, Red Rome Beauty apple, Wilson Delicious apricot, Shiro plum, Methley plum and Stark Surecrop Pie cherry.  I have a second delivery from Stark Bro's currently on its way of mostly fruiting shrubs and a dwarf pear tree as well as an order from Adam's County Nursery of two Asian pear trees and two additional dwarf apple trees that is scheduled for delivery for later this month.  I've always wanted to grow a small orchard and 13 fruit trees is about the most our one acre property can handle since we have very limited areas in full sunlight.   For the time being, the trees are being housed in our unheated basement.  I'm really looking forward to planting them out this weekend. 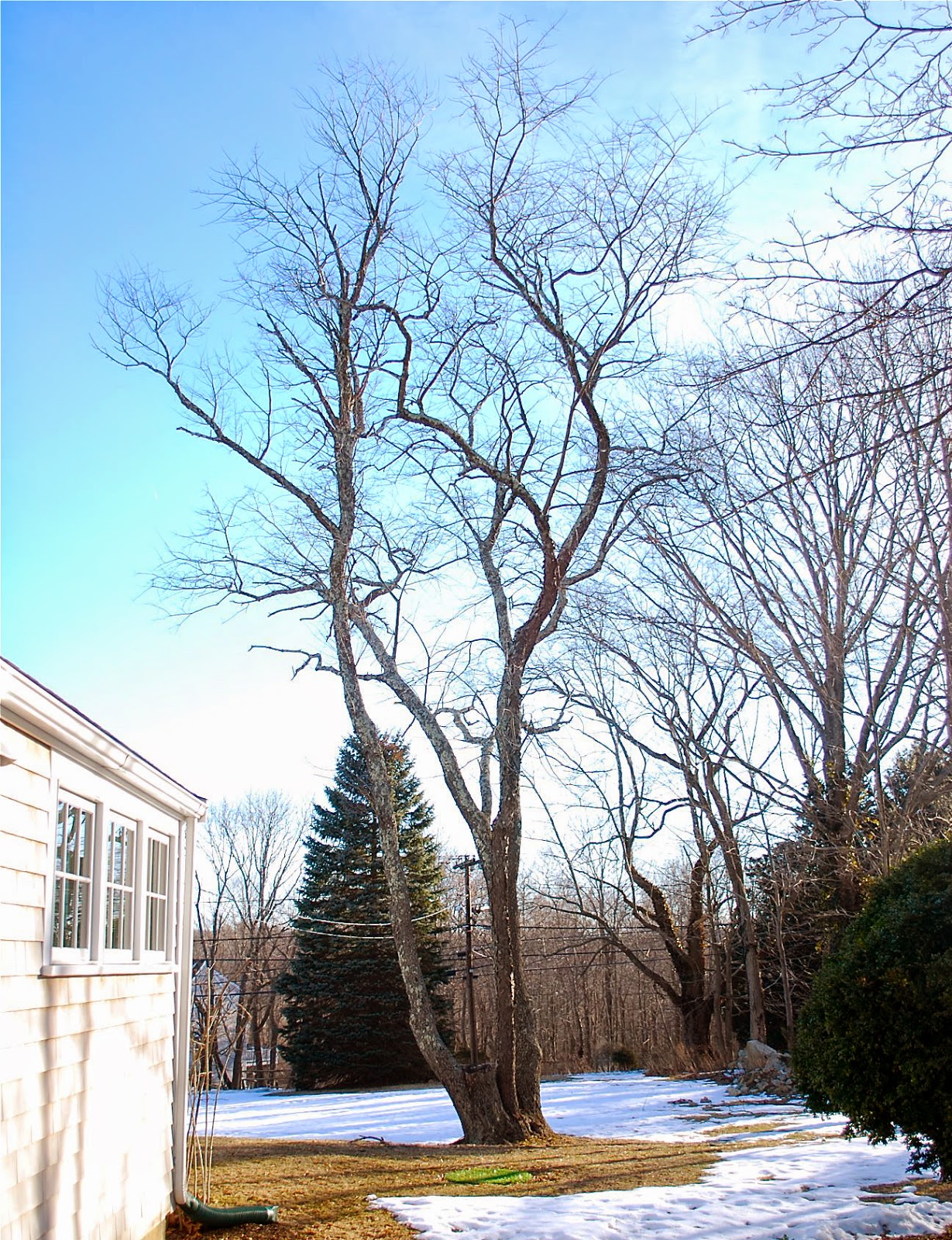 In preparation for the arrival of our fruit trees and also for aesthetic purposes, we had several old enormous trees removed from our property.  This huge chokecherry sat in a rather shady spot in front of our home and we don't plan on replacing it with something else anytime soon.  We decided to remove it because 1) it wasn't very pretty to look at and 2) according to the prior owners of our home, one of its huge limbs had fallen onto our power line a couple years back.  In late summer, it also sheds tons of small black berries that cover the ground and stain your feet and shoes.  That was enough for me to say goodbye. 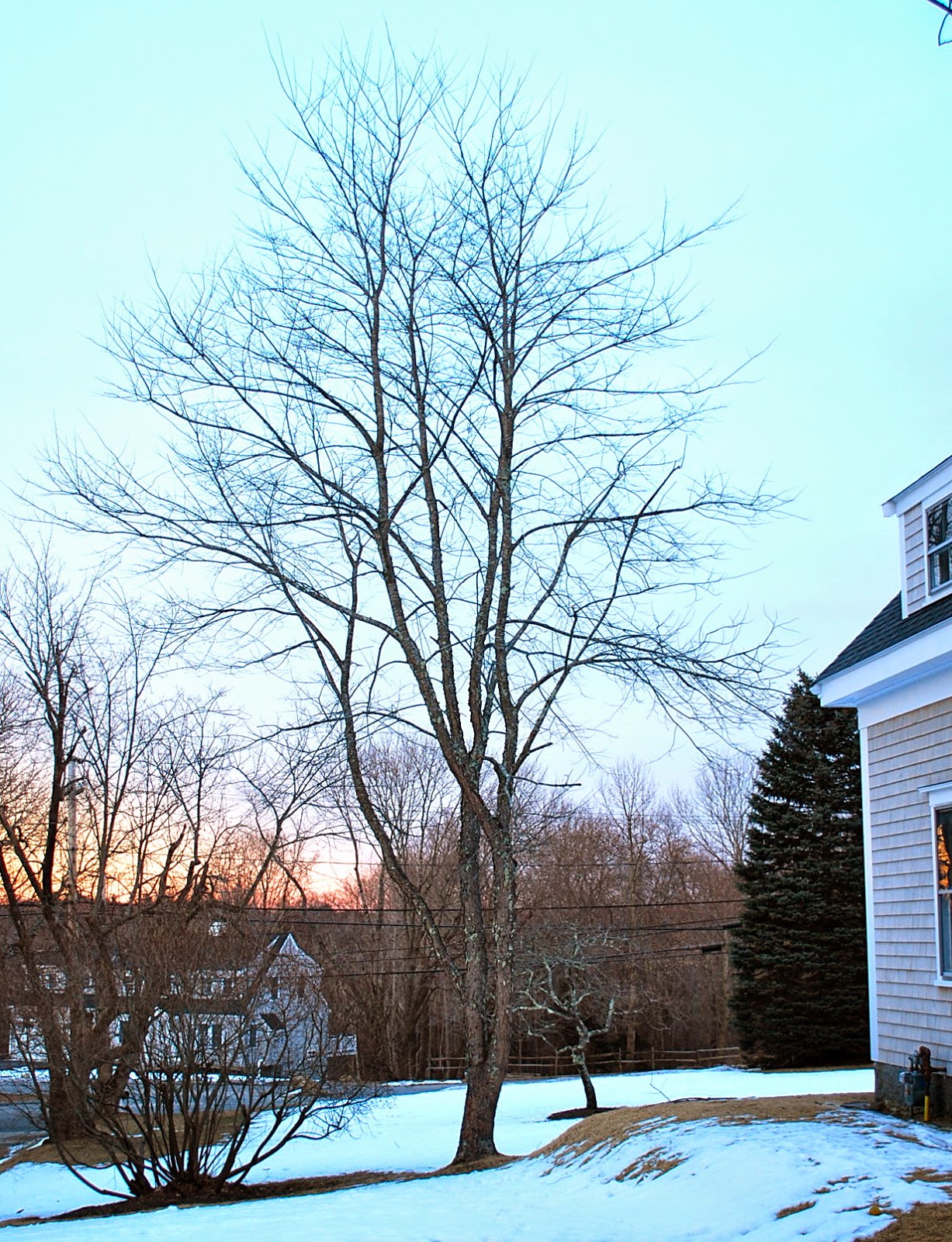 We had a second chokecherry on the other side of our house.  Not only was it ugly and messy, it also shaded various parts of our lawn throughout the day.  It didn't take me long to decide that this had to go as well. 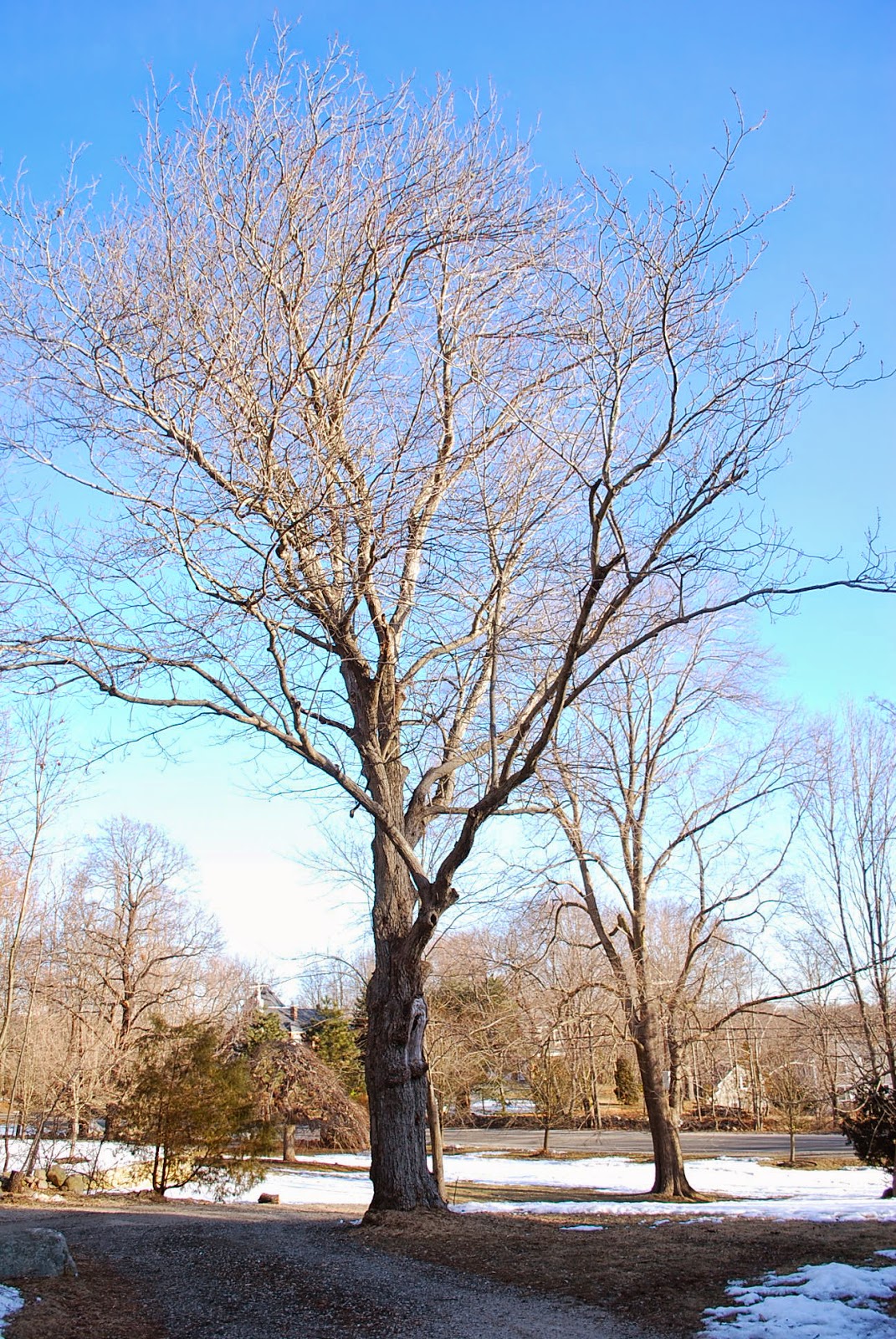 At the end of our circular driveway was an old maple tree that had seen better days.  It had lost several major limbs through the years and shaded most of this area for much of the day.  It also had a reputation of causing several visitors to drive their vehicles over a big boulder (bottom-left) on the opposite side of the driveway in order to avoid it - sometimes causing major damage.  Since I was planning to plant an apple fruiting wall directly behind it, in the end, I decided that it had to go. We also plan to widen the driveway a bit here in order to deter folks from the boulder. 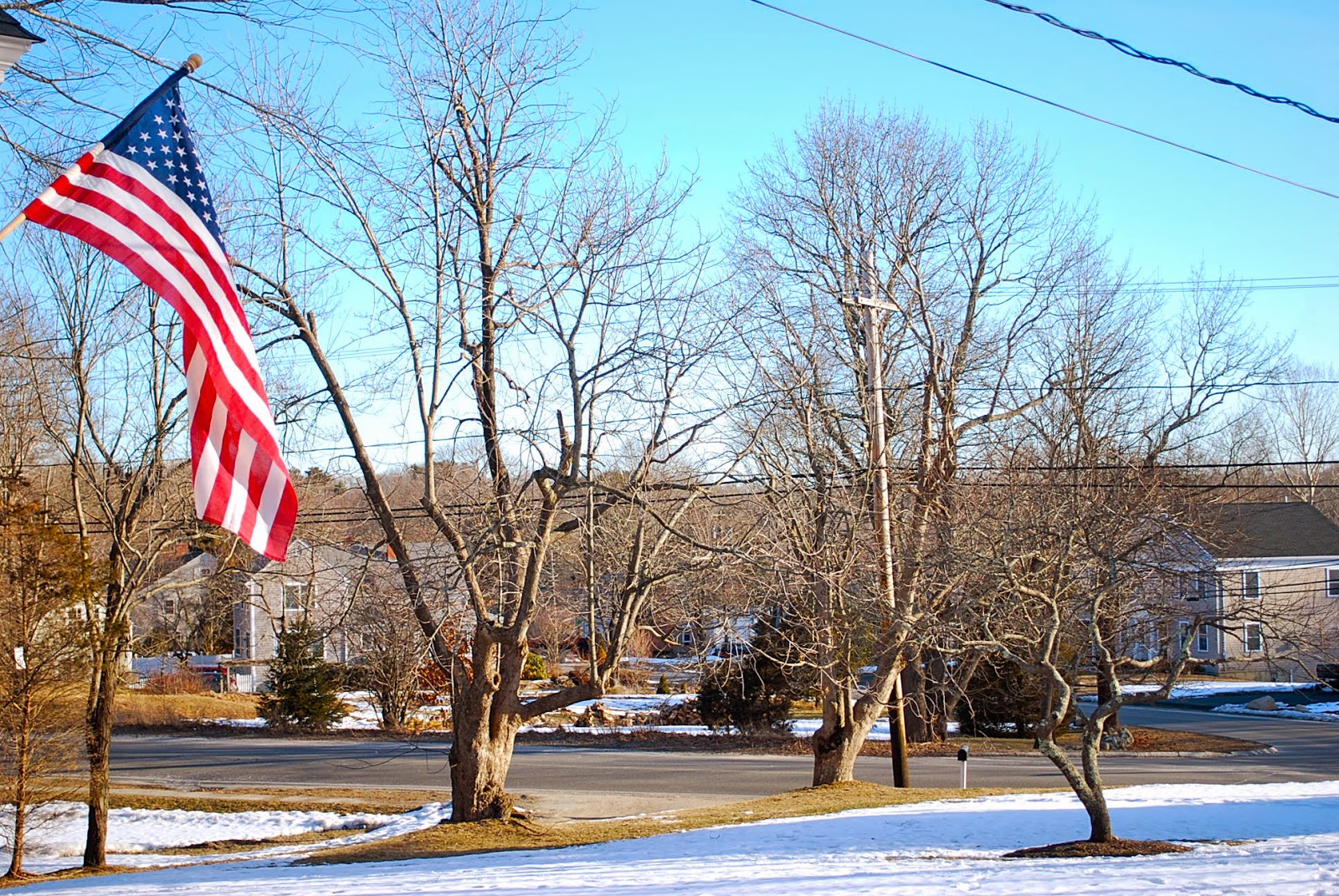 Finally we had two huge maples at the end of our driveway that were badly pruned through the years (particularly by the utility company) and both had rotting hollow trunks. I would have loved to keep them if they were our native sugar maples but they were Norways - a non-native and rather invasive species that grow like weeds around our part of the would.  I will admit that I was not sad to see them go. 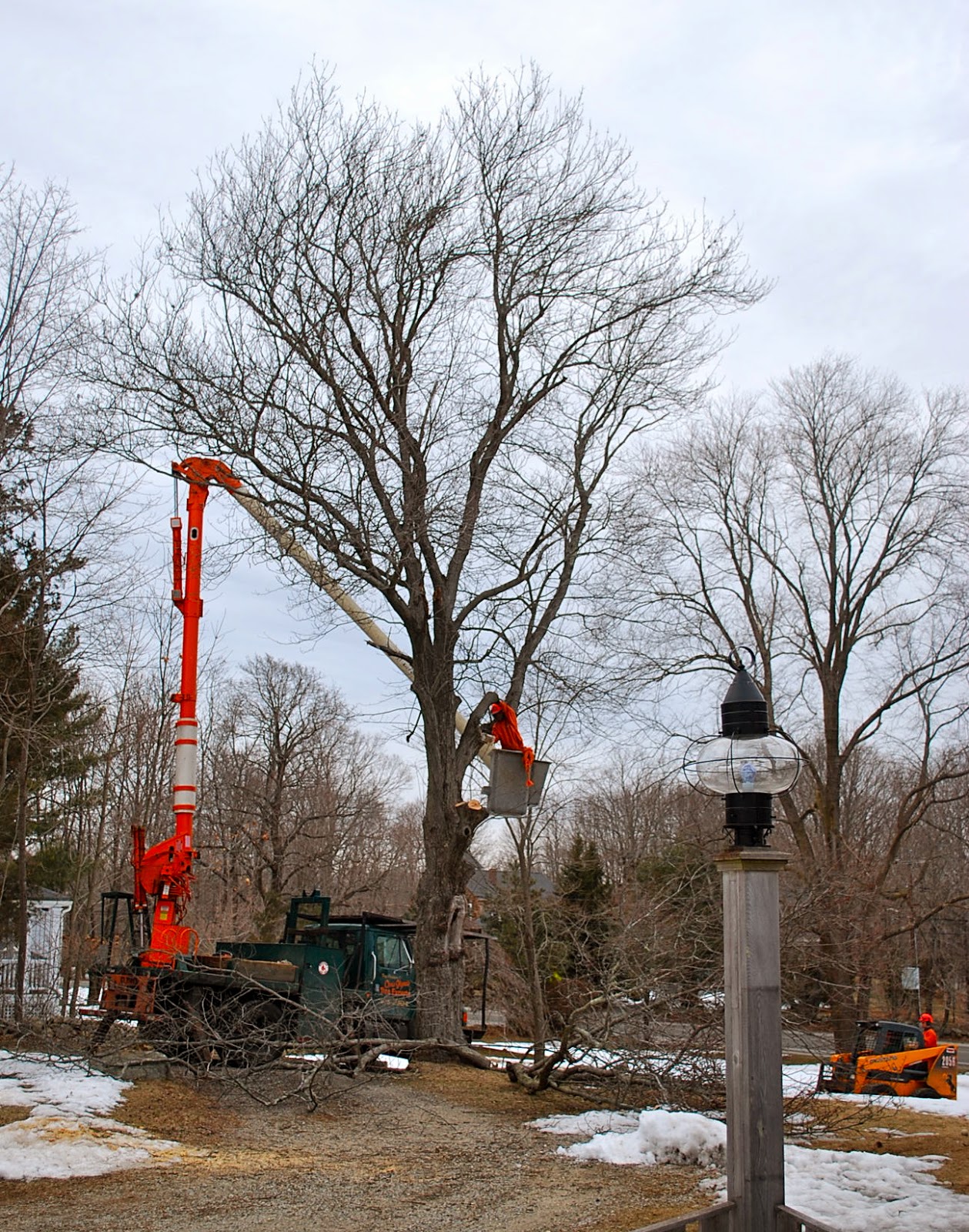 So in early March, we hired a local tree company to take them all down and grind the stumps.  I was really surprised and impressed by how quickly and precisely they went about their work. 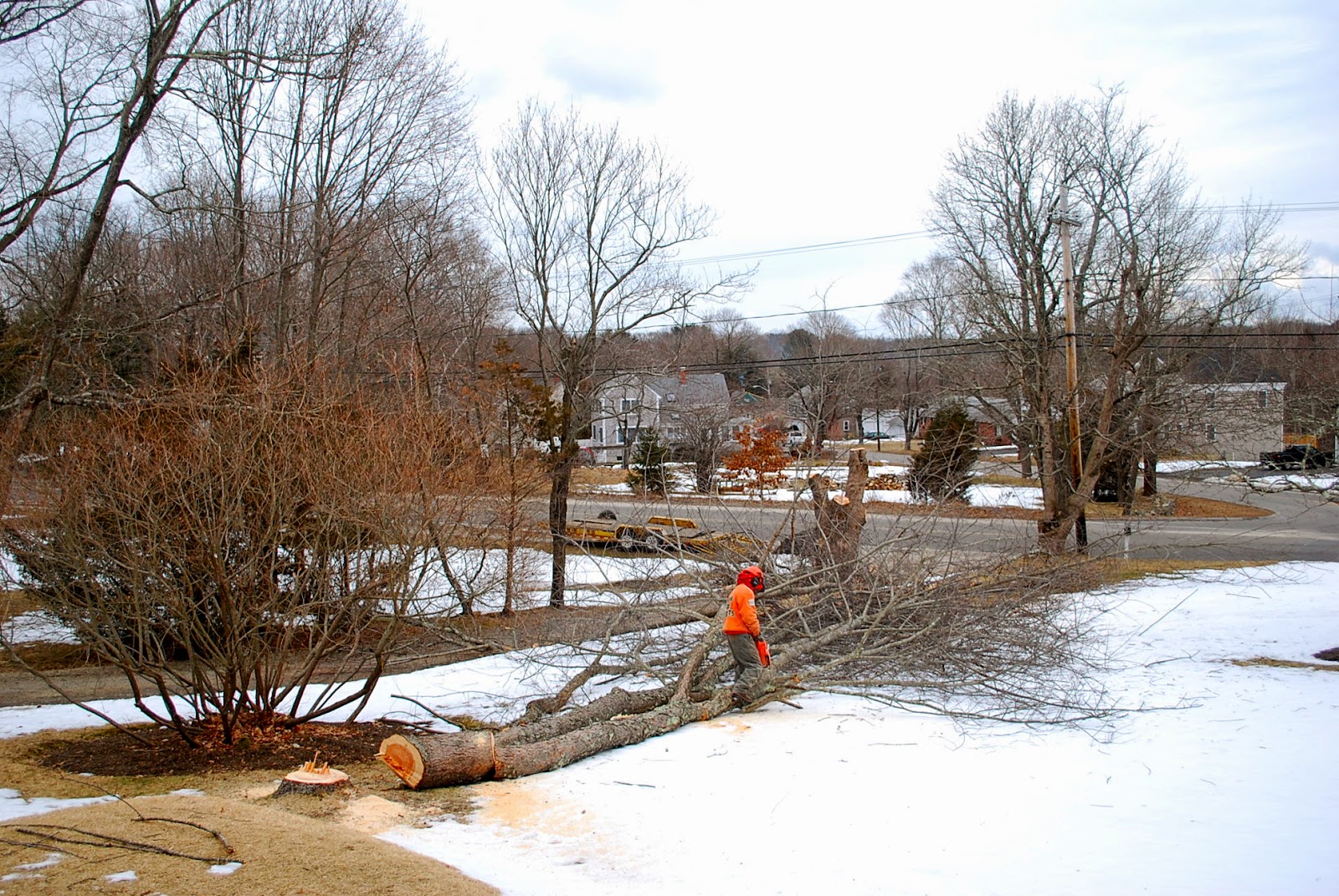 What I thought would take all day ended up taking only 5 hours.  All of the small limbs were chipped and hauled away (though in hindsight, I would have liked to keep some of it) and we were left with enough hardwood to keep us warm for at least the next two winters.  We had them cut the trunks and large limbs into manageable-sized logs so the only thing we'll have to do this summer is rent a wood splitter.  I figure we'll have at least four cords of firewood when all is said and done. 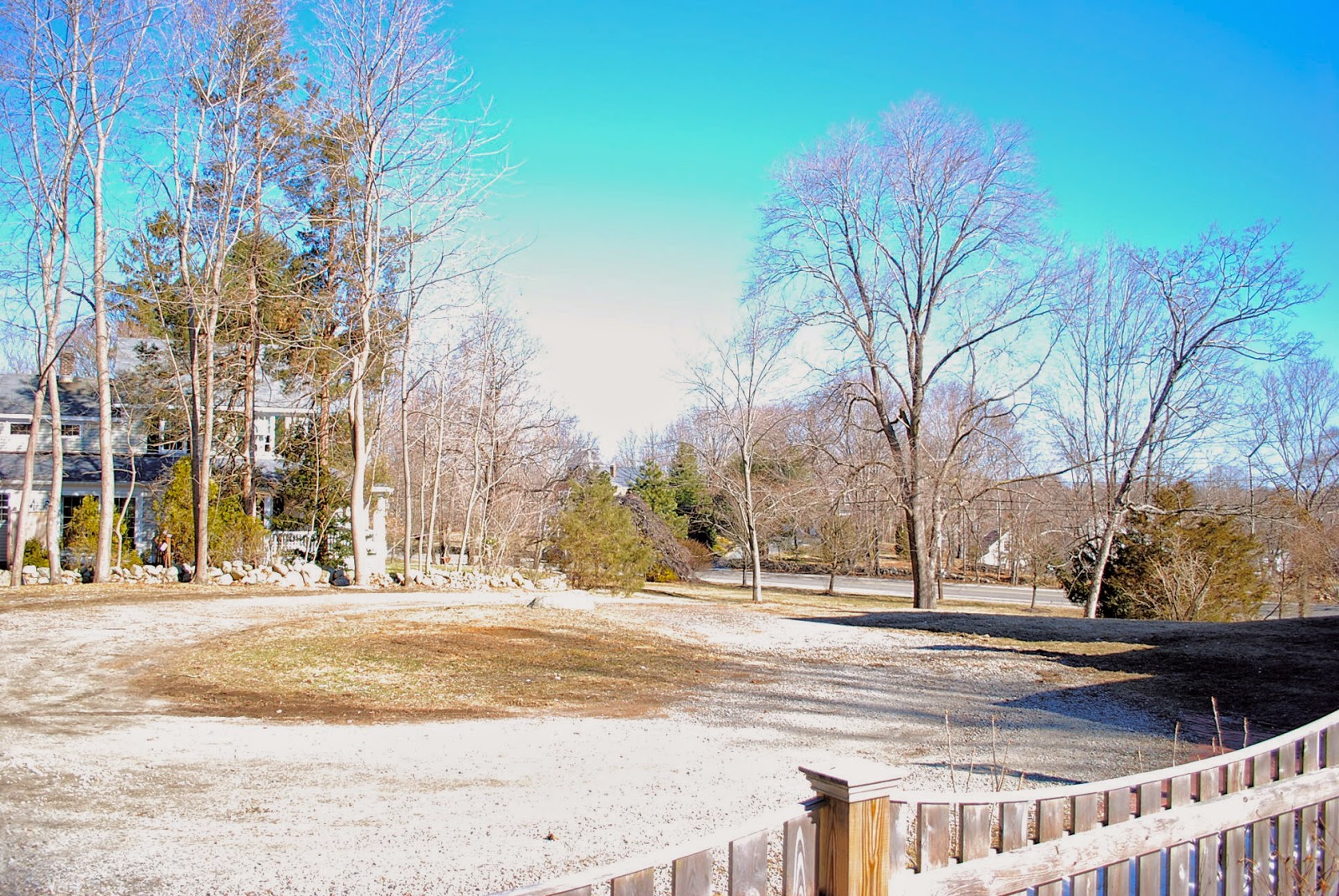 With the old maple gone, our circular driveway is much sunnier now.  And I have big plans for the island in the middle. 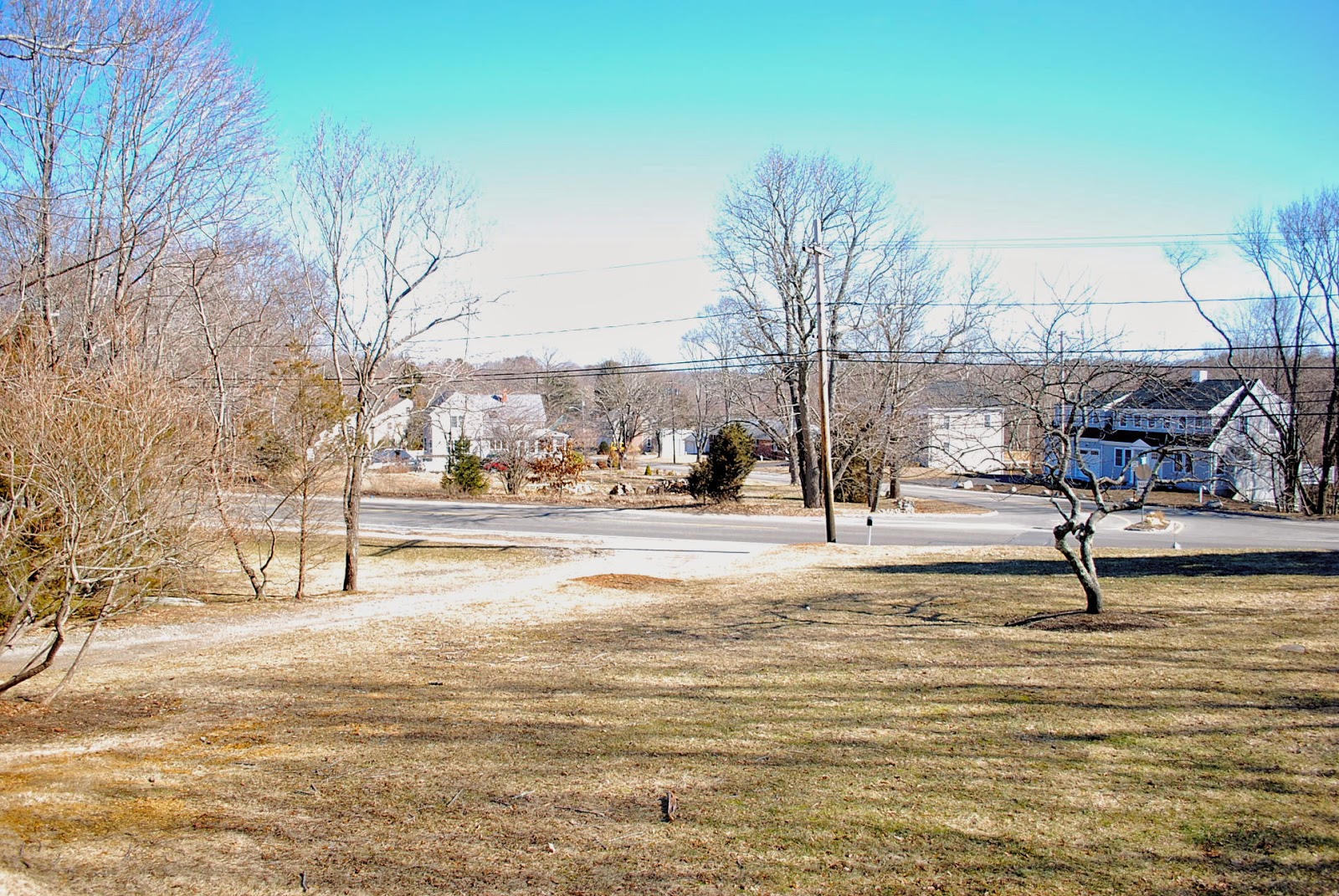 Our front lawn has also really opened up.  You can see our old peach tree to the right of the picture, which I'd pruned last summer to remove all of the dead branches and again a few weeks ago to open up the center.  We were told that the tree had fruited very heavily last summer so I suspect that it has biennial bearing tendencies.  Only time will tell I guess.  In front of the peach tree is where I'd like to plant my two plums and apricot.  To the left of this tree, I will plant my pear and two Asian pears trees.  Our next door neighbor has several large pear trees so I'm hoping that cross-pollination won't be an issue.

Once all of my fruit trees are planted, I will then focus on planting several dwarf ornamental trees during the next few years.   Obviously it will take many years for these trees to become established and fill up this space.  To be honest, I don't quite mind.  It will be interesting to see how this new space changes and progresses through the years.
Posted by Thomas Generazio at 11:48 PM