Our Planting Beds - A Work in Progress 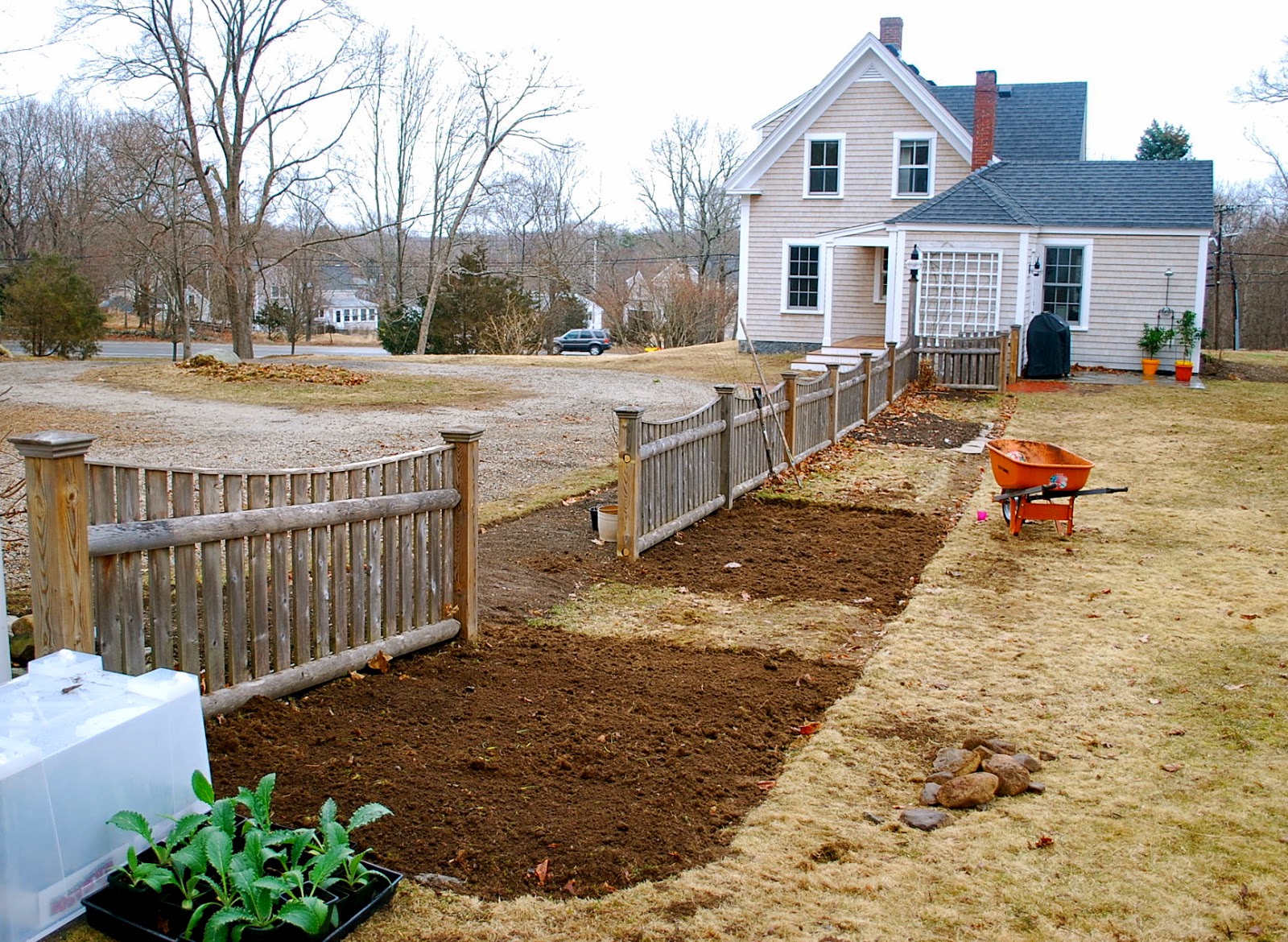 A couple weeks ago, we resumed work on one of several planting beds we have planned for this year.  This particular one lies adjacent to the one I installed last fall on the opposite side of the fence.  For this space, which becomes shaded from late August to when the leaves drop, I intend to grow a mix of flowers, leafy vegetables and fruiting shrubs this year.  For the moment, I'm still debating where to position everything.  Already, I've planted a Knockout rose, an autumn flowering white clematis, three small currants that I'd started from cuttings and a gooseberry.  I also have two honeyberries that I'd purchased from Stark Bros and am expecting a  shipment of purple asparagus crowns from Nourse Farms in May.  Planted among these will be perennial flowers that will bloom in shades of blue, purple, pink, magenta and white.  How it will all come together is anyone's guess at this point. 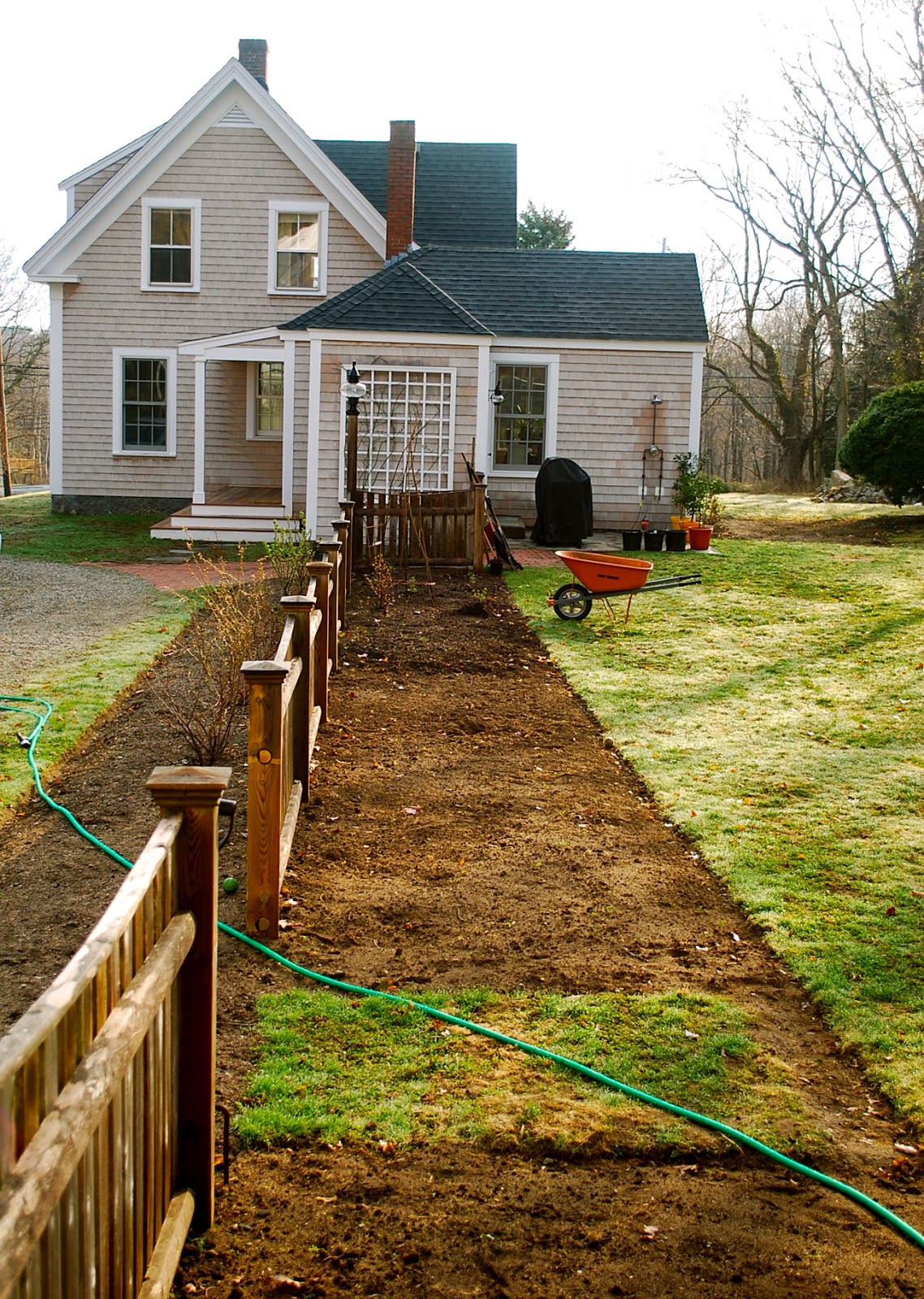 Unlike the bed to the left, which I'd covered in cardboard and a thick layer of soil mix last September in order to smother the grass, for this particular bed, we actually had to remove the sod since there wouldn't be enough time for it to break down this spring.  It wasn't as intense as I thought it would be since the soil is not as compact this time of year and the grass was like a matted carpet that we easily  lifted in small sections with a garden fork.  We'll need to add a good amount of organic matter to this bed, but aside from that, it's pretty much good to go.  As you can see from this photo, we also removed a section of fencing because we grew sick and tired of having to walk all the way around this fence to access the side door to our barn.  Later this year, I intend to install a small informal walkway where the remaining patch of grass lies.  For now, I can only imagine what this space will look like once it becomes filled.
Posted by Thomas Generazio at 11:10 PM