At Opposite Ends - Artichokes and Zucchini 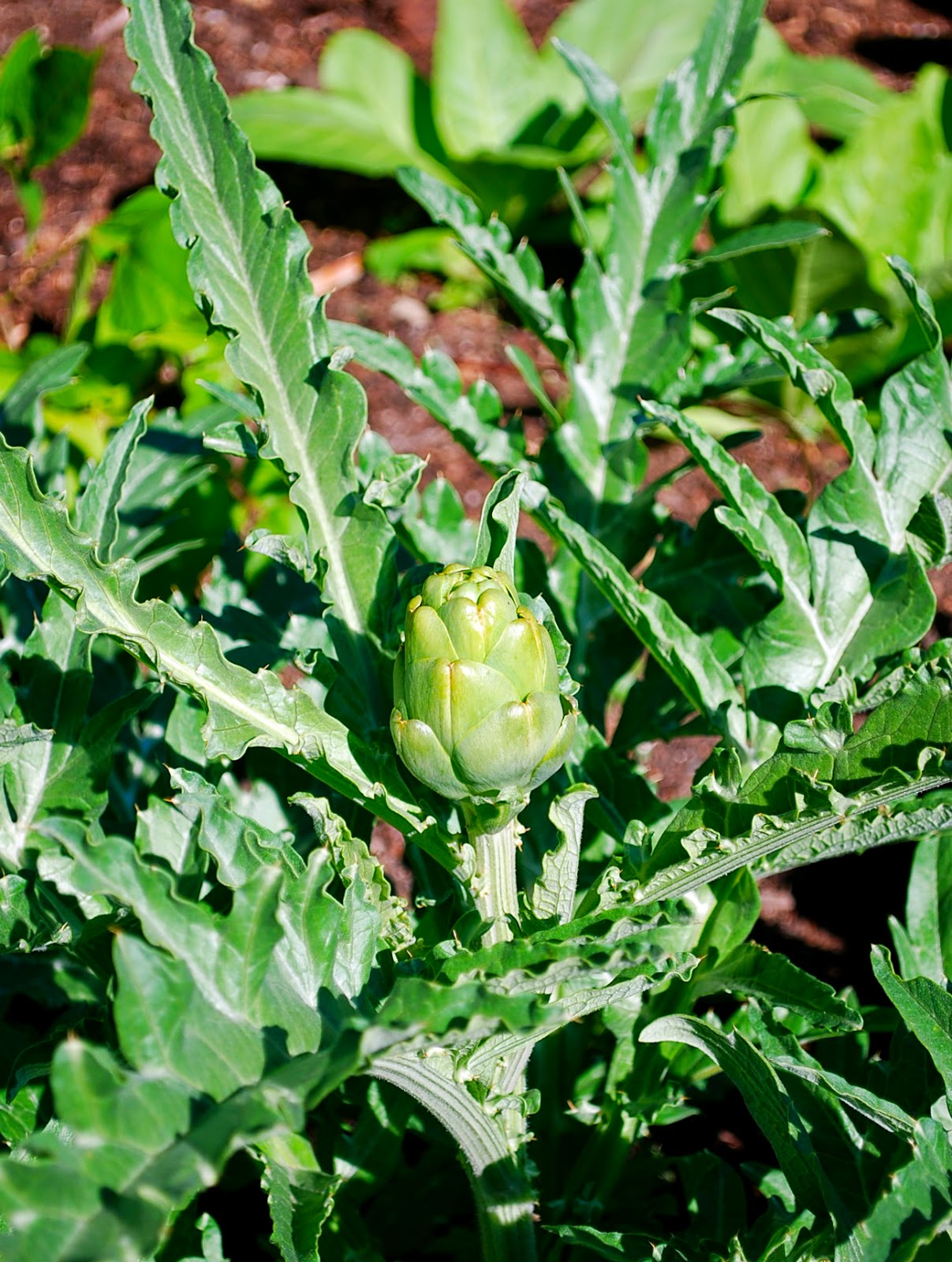 I noticed the other day that my 'Imperial Star' artichokes were starting to form buds.  It happened rather quickly as the main flower stalk seemed to rise out of nowhere.  Unfortunately, the young buds are smaller this year then they've been in years past.  I'm guessing the late arrival of spring along with the warm weather we've had these past couple of weeks had something to do with it.
Every year, I debate whether or not to grow them.  Generally artichokes only start producing buds in their second year, but can easily be coaxed to flower in their first year if started early enough indoors and then exposed to cool temperatures for a minimum of 6 weeks.  Most of my neighbors were astounded to learn that you could even grow artichokes here in New England.  You can indeed.  Unfortunately, they will never become the majestic plants you'd see in say the fields of California. When I visited the vegetable gardens at Colonial Williamsburg a few years back, I was amazed by how tall the green globe artichoke plants were and how each plant had at least a half-dozen flower stalks - something I can only dream about in my own garden.  I've never been able to overwinter my artichoke plants successfully here in our Zone 6A climate.  And at best, I'll get between 1 to 3 decent sized artichokes from each plant - not a very good return for the effort involved.   Still, they are strikingly beautiful plants that can add a great deal of interest and impact to both an edible garden and ornamental bed.  So I'm sure this won't be the last time I'll be growing them. 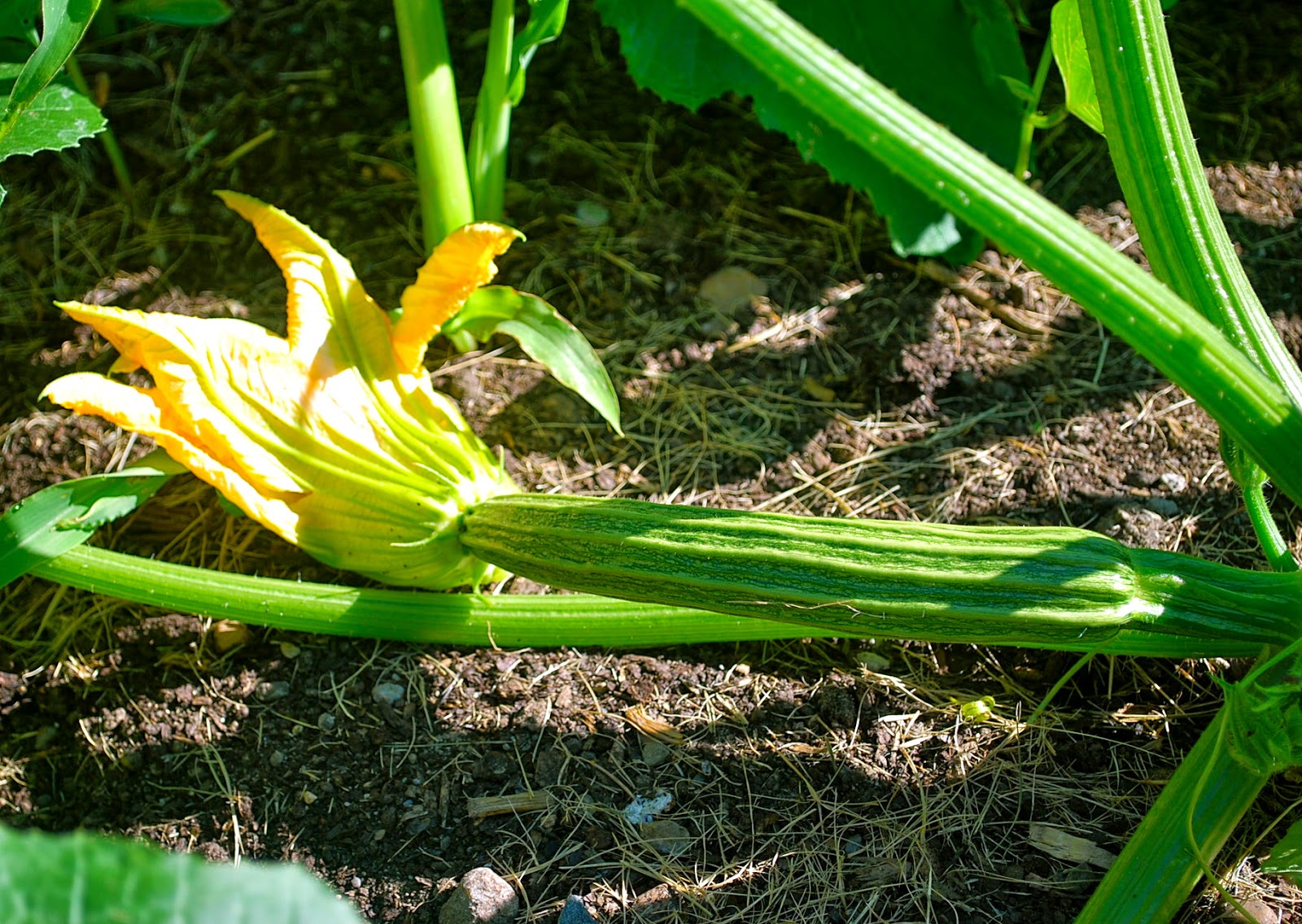 On the opposite end to the spectrum, my summer squashes are exploding with growth at the moment.  They seem to double in size every few days.  I'm growing two types of summer squash this year - 'Romanesco' zucchini and three types of Pattypan of varying colors.  The Romanesco seems extraordinarily prolific compared to other zucchini varieties I've grown in years past.  I will be harvesting my first tomorrow and I see several more in the stars by week's end. 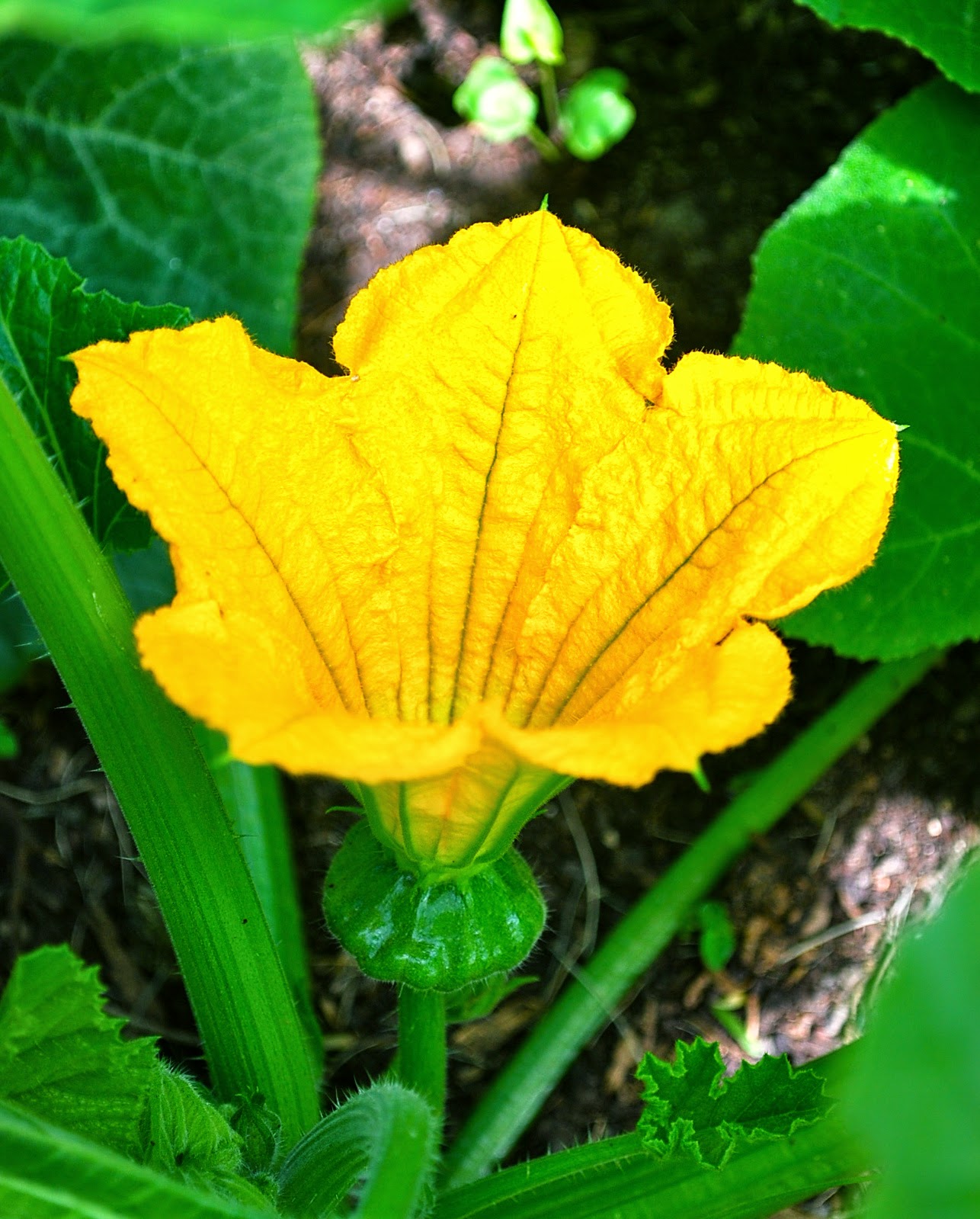 I have three zucchini plants this year along with three pattypans.  In retrospect, I probably should have sown only one or two of each.  This is an exercise I go through every year.  In my defense, you forget how productive these plants can be when the weather outside is so bleak even in late April (or at least I do).  I can only pray that our neighbors like summer squash, or at the very least, that they keep their car doors unlocked.
Posted by Thomas Generazio at 6:30 AM