The Vegetable Garden in July 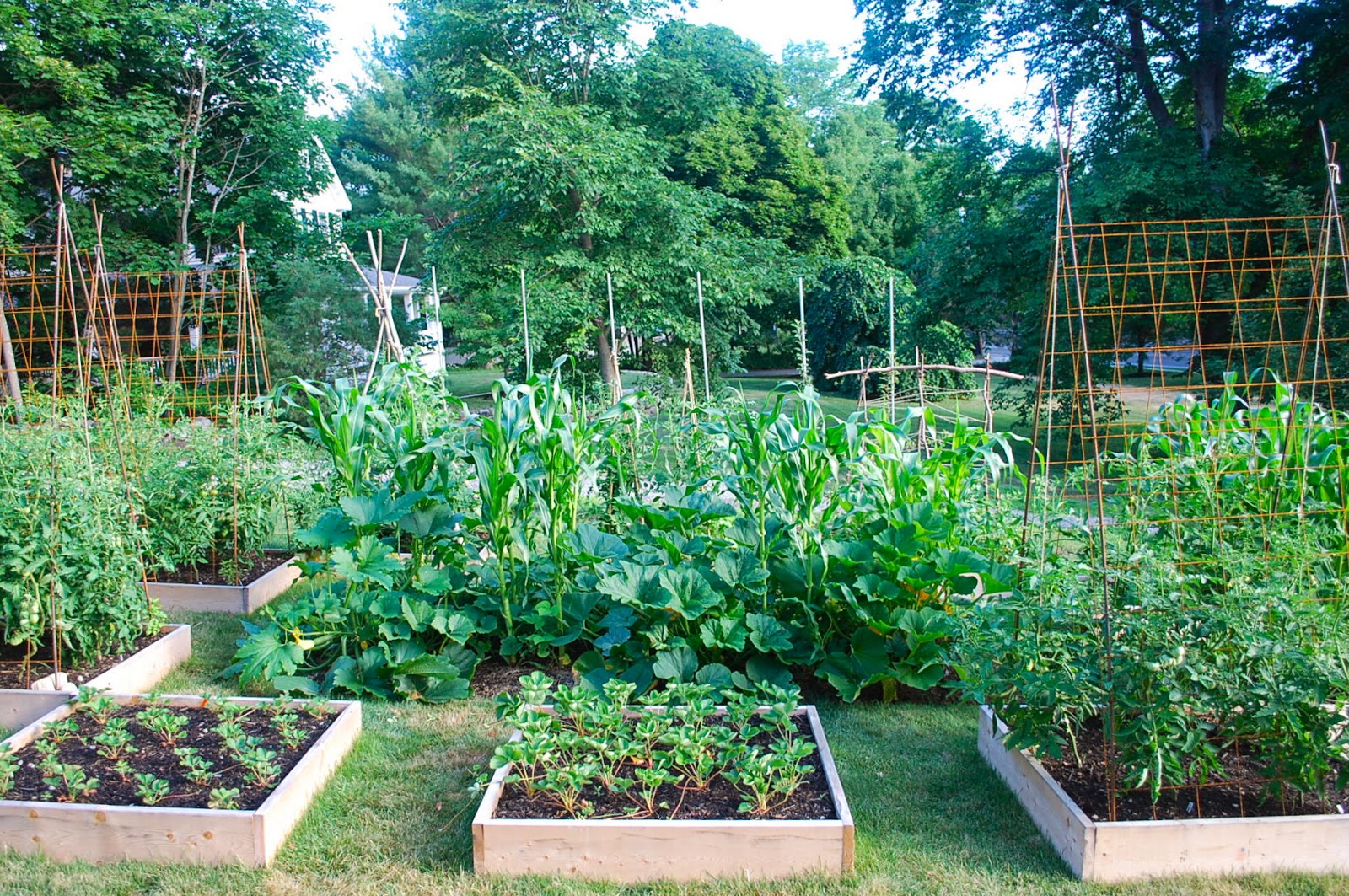 July is a wonderful time to be walking around the vegetable garden.  The first succulent crops of summer like zucchini, cucumbers and tomatoes are starting to mature.  The plants themselves are big and precocious, yet everything still looks neat and tidy.  The East garden, in particular, is coming along nicely. 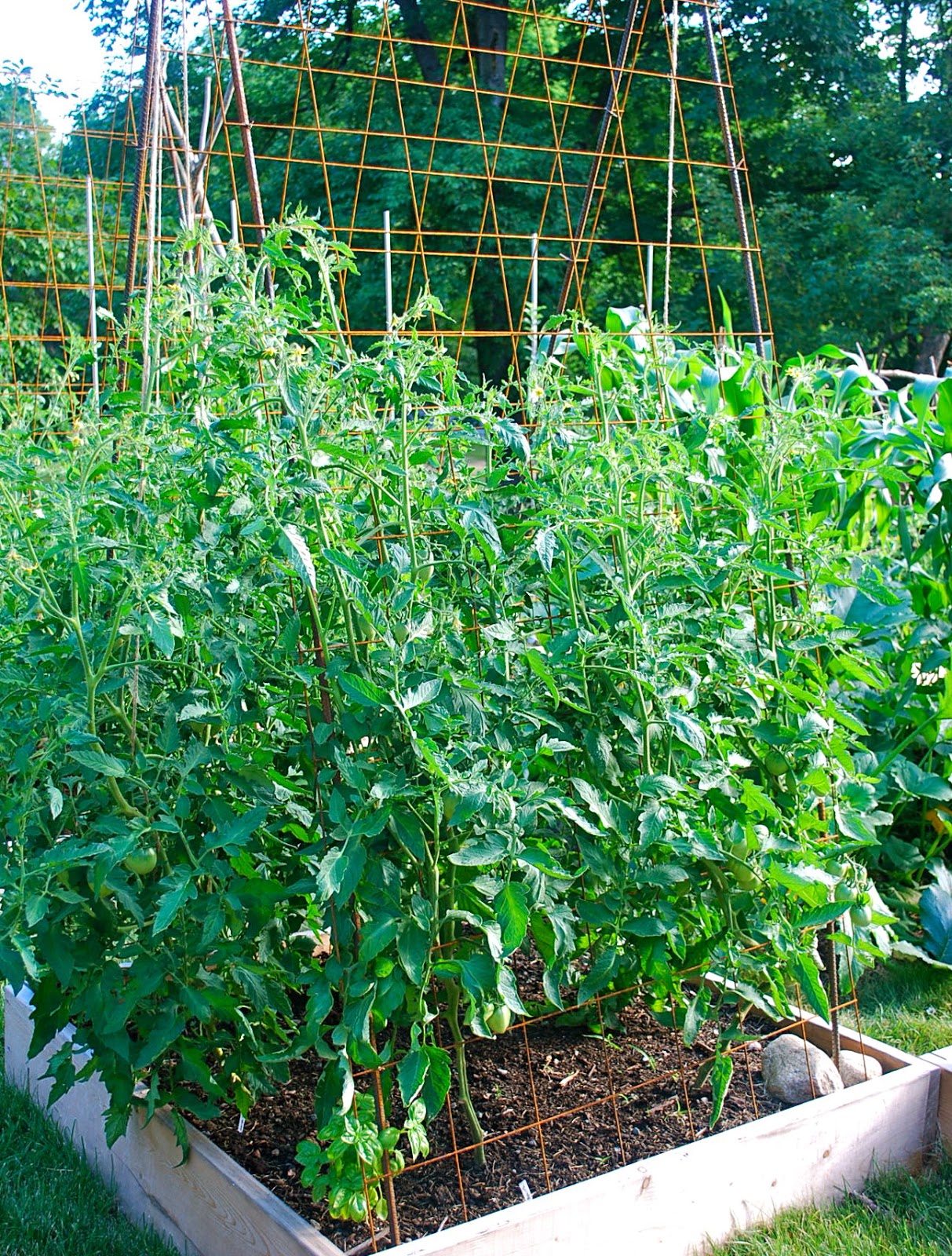 The tomatoes are about half way up their trellises.  No sign of blight so far (knock on wood) though a couple fruit on one of my 'Speckled Roman' plants are showing signs of blossom end rot - not a big deal considering the number of plants we have.  The trellises themselves still feel sturdy despite the added weight of these vines. 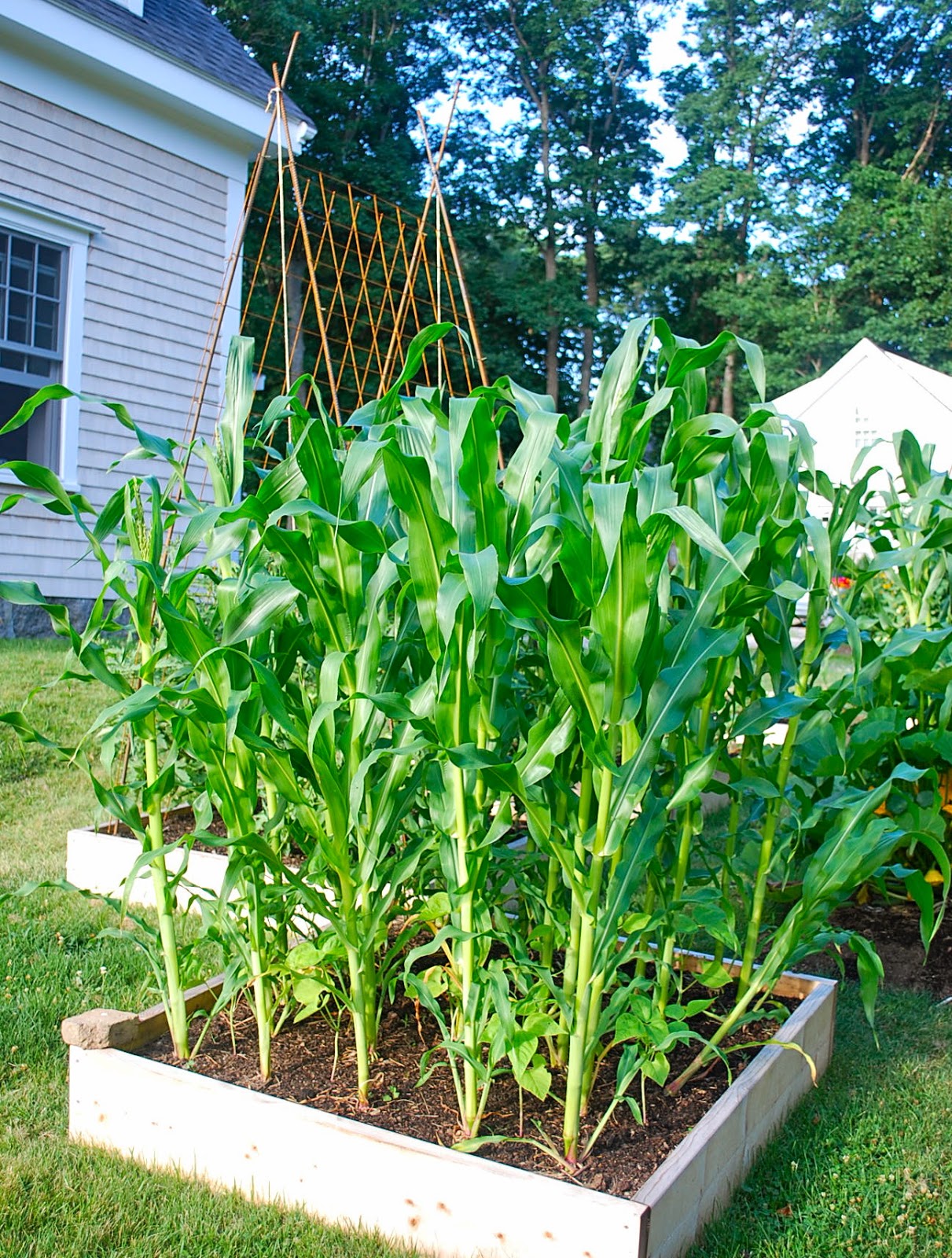 I'm really happy with my sweet corn this year.  They are starting to form tassels.  My only regret is that I didn't plant more as homegrown corn that's picked at the perfect moment and cooked right away is one of the best treats of summer. 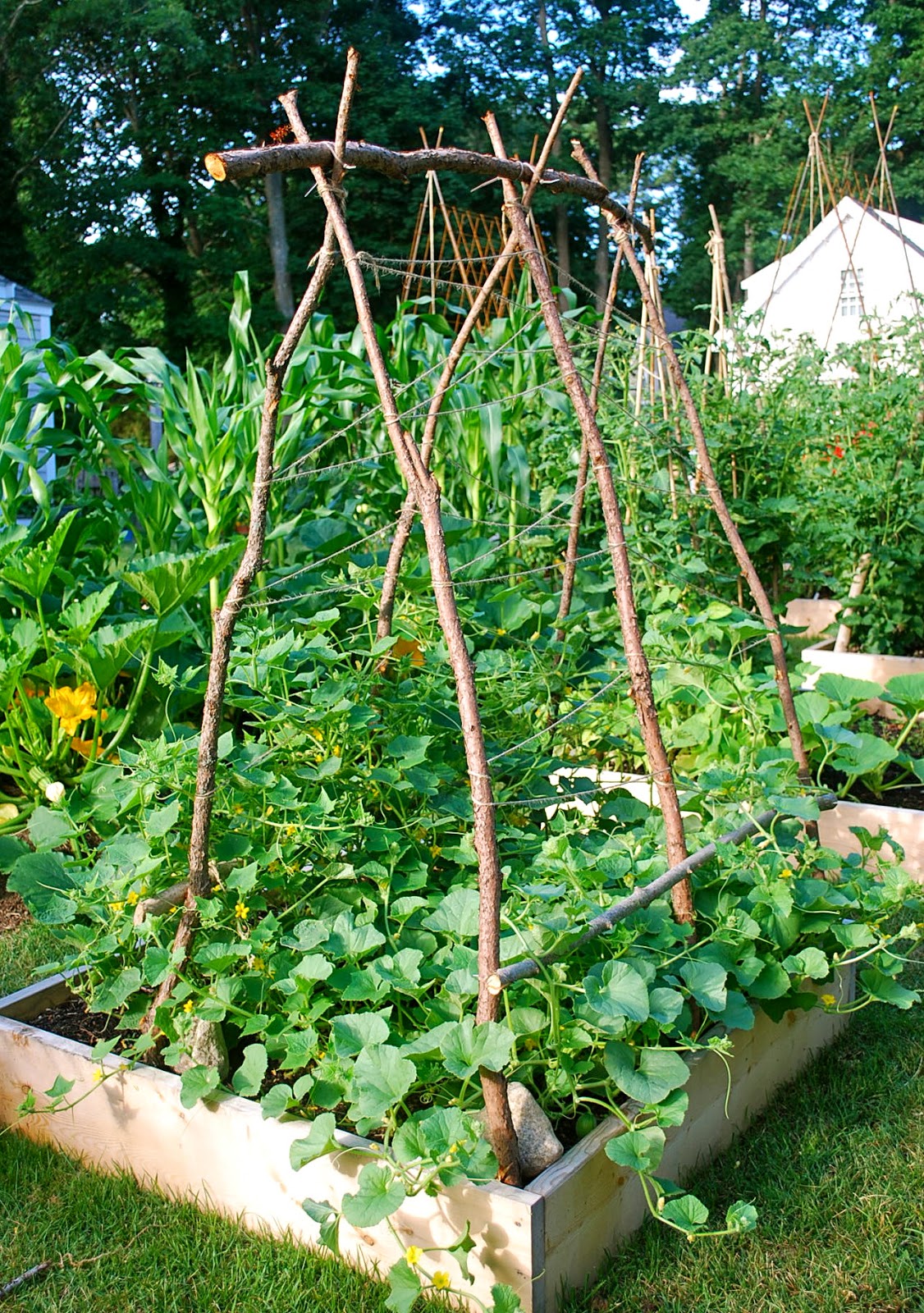 My pickling cucumbers and melons are coming along nicely.  Still no sign of cucumber beetles or foliar disease.  At our old home, a fierce battle between beetles and cucurbits would have been well underway by now. 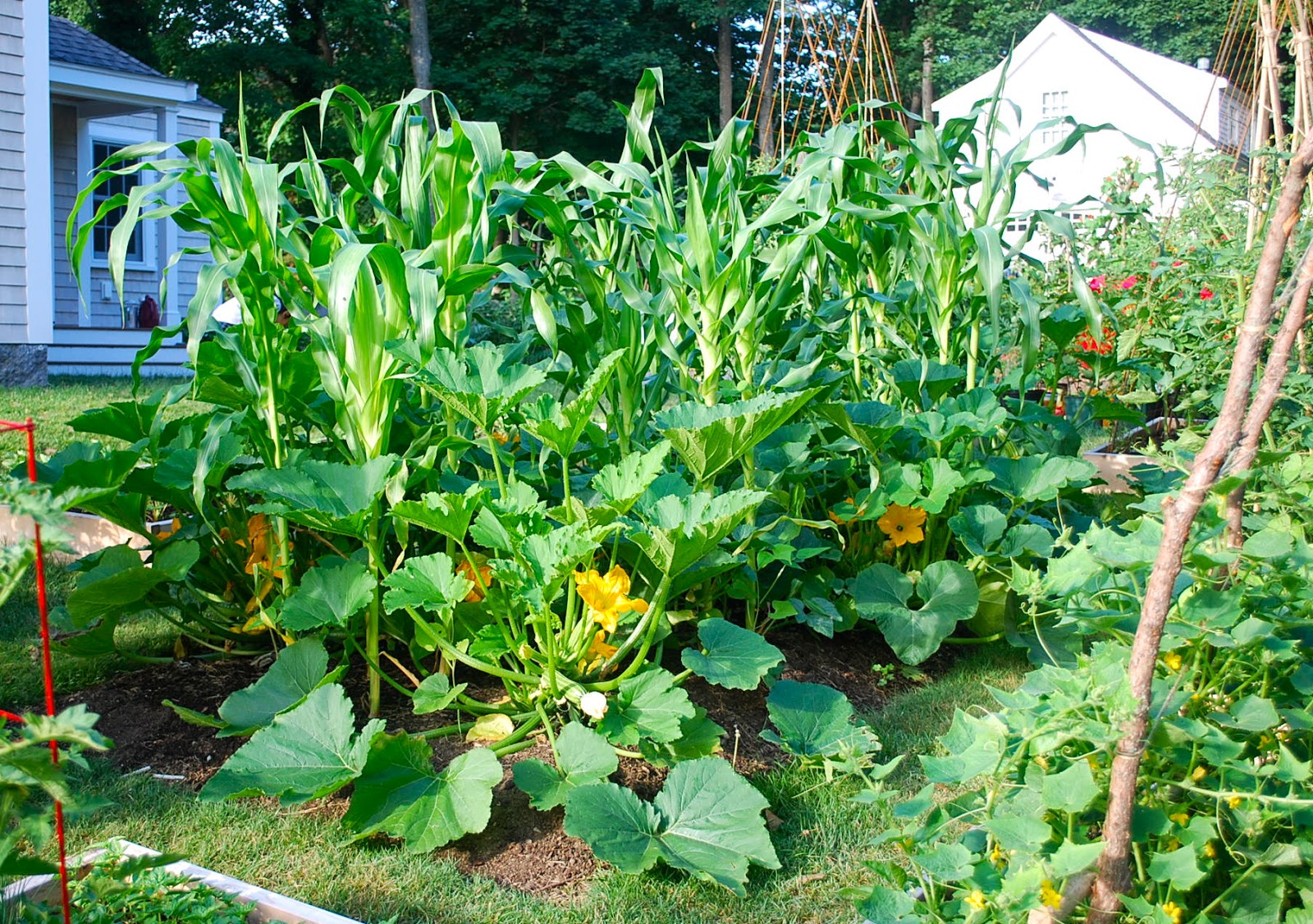 My three sisters planting is coming along well.  My only regret is that I didn't sow my Cherokee Trail dry beans earlier as they seem lost in the mix at this point. 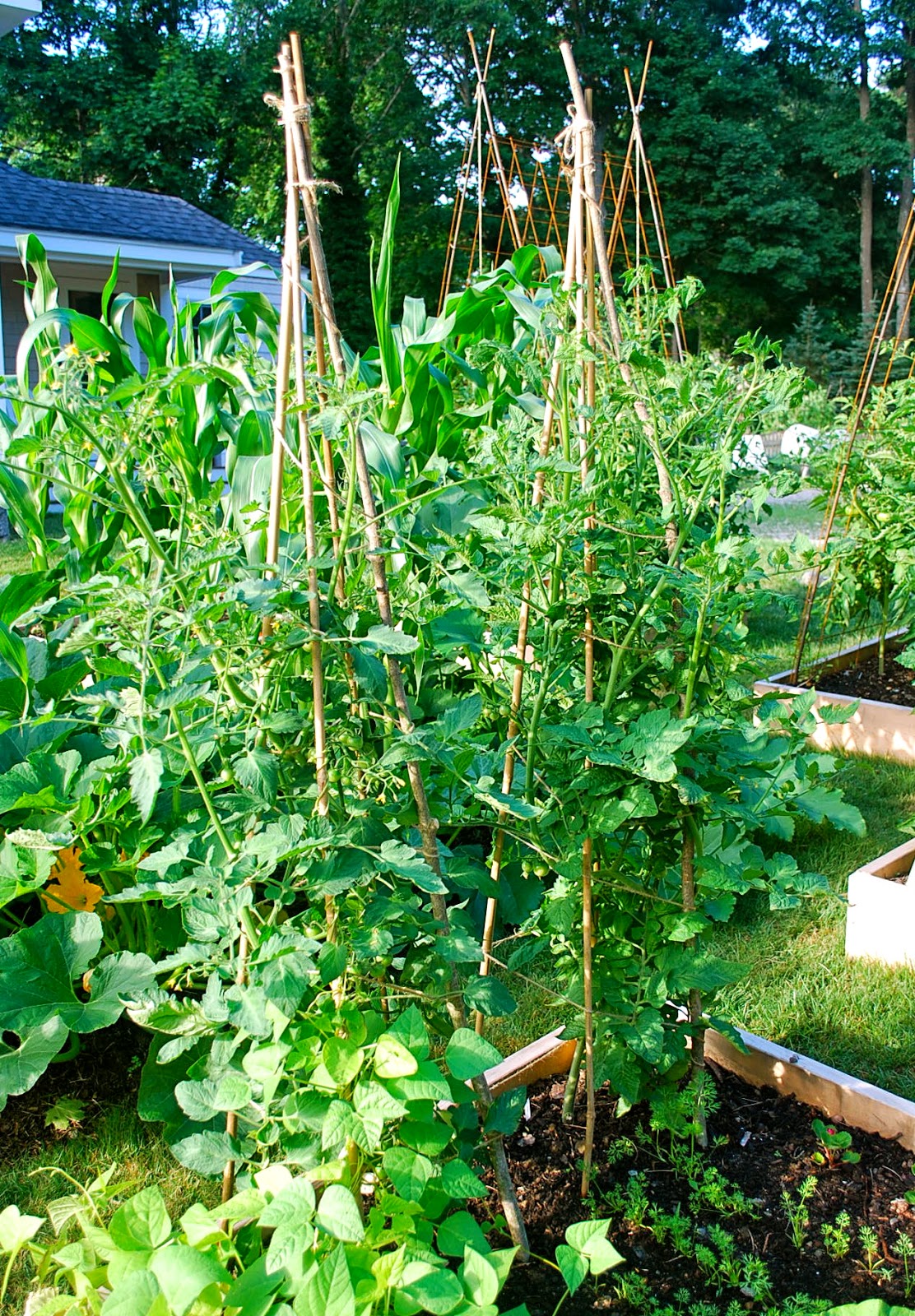 I procrastinated in making trellises for my cherry tomatoes, and so in the end, I just threw together these tall teepees.  So far they seem to be doing the job, but in a few weeks time, the tomato vines will undoubtedly outgrow them.  Then I'll be left with flopping vines. 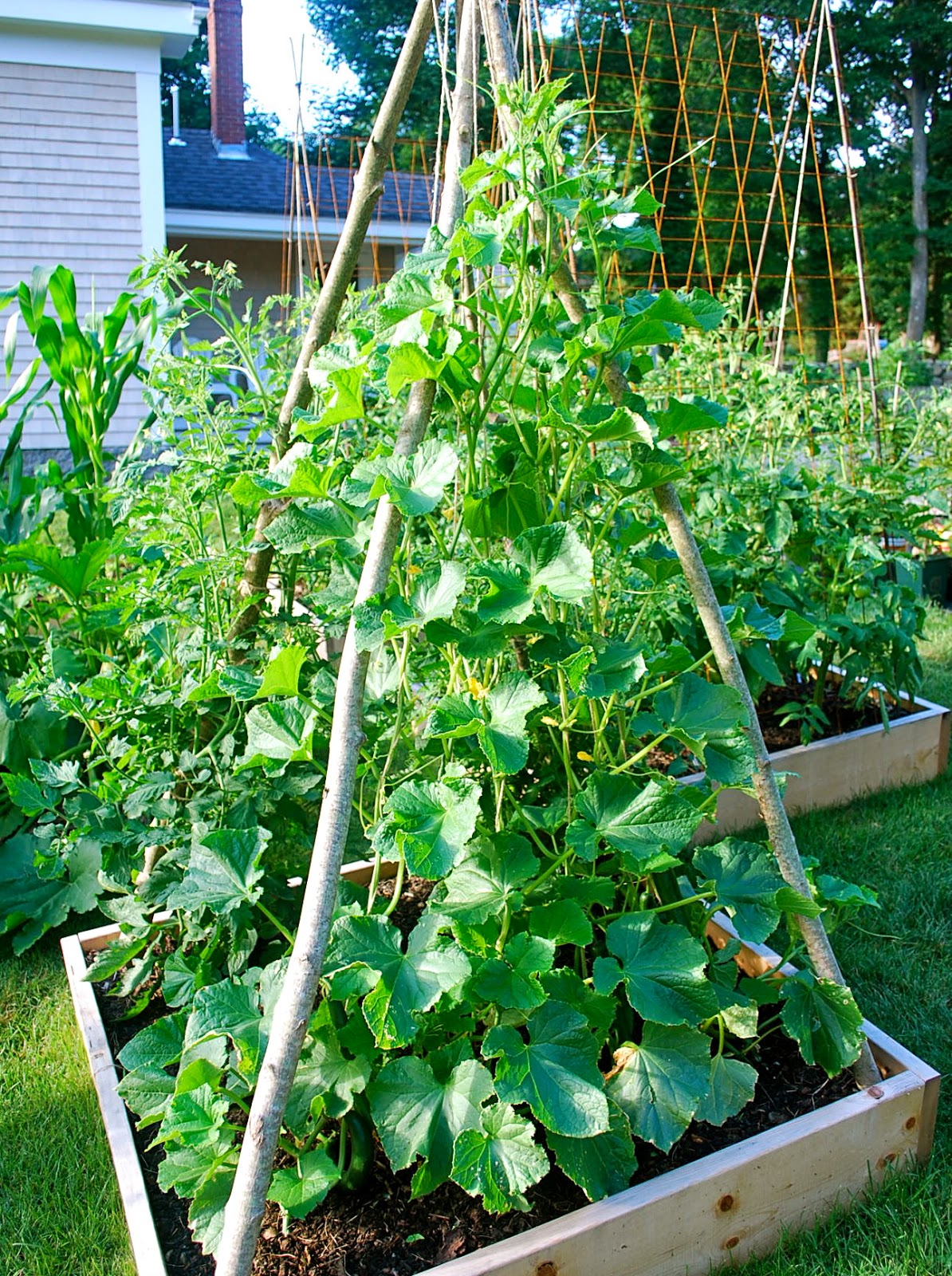 My salad cucumbers ('Tasty Jade") are particularly aggressive this year.  It's still early in the season and yet they are close to reaching the top of their trellis. 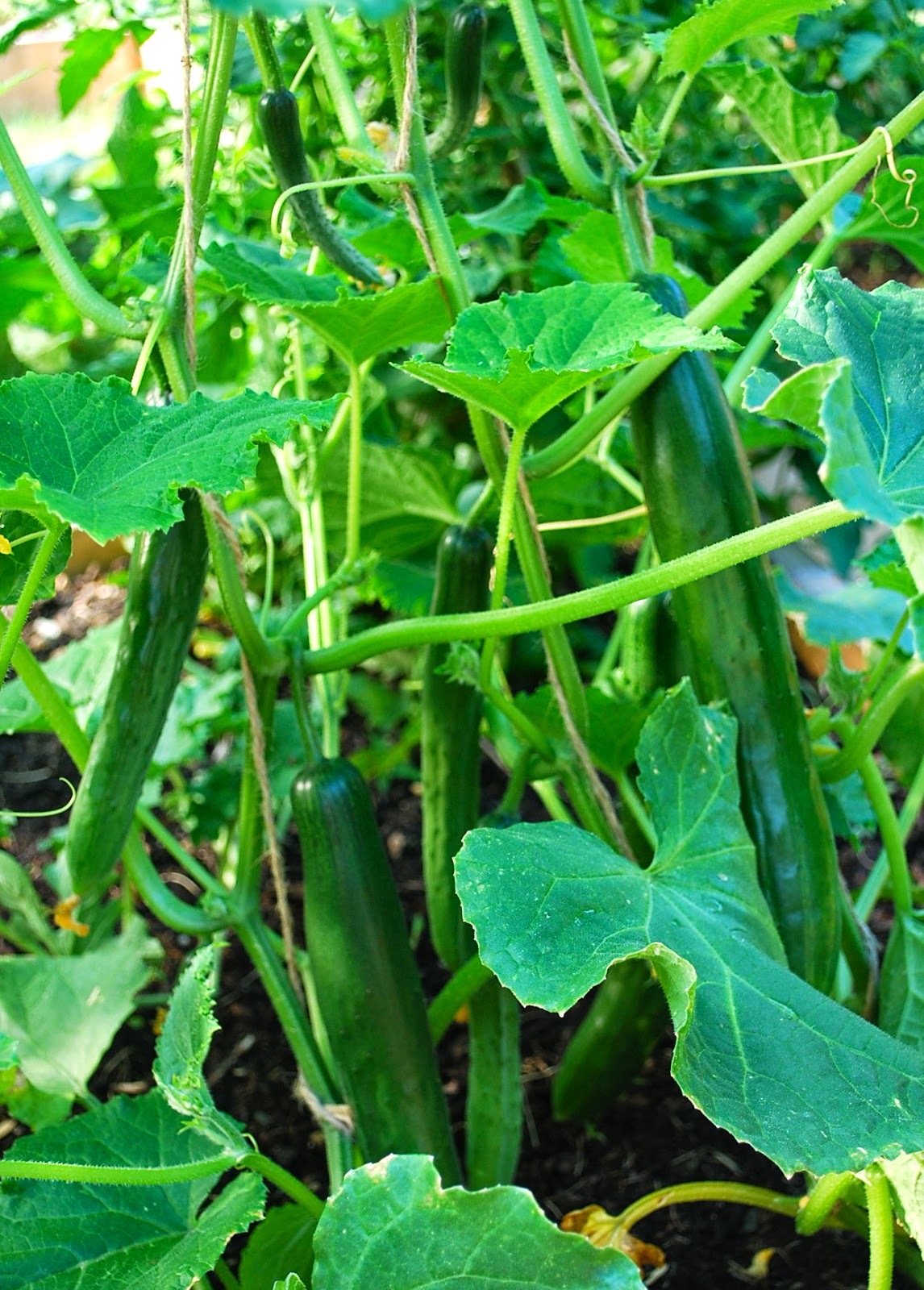 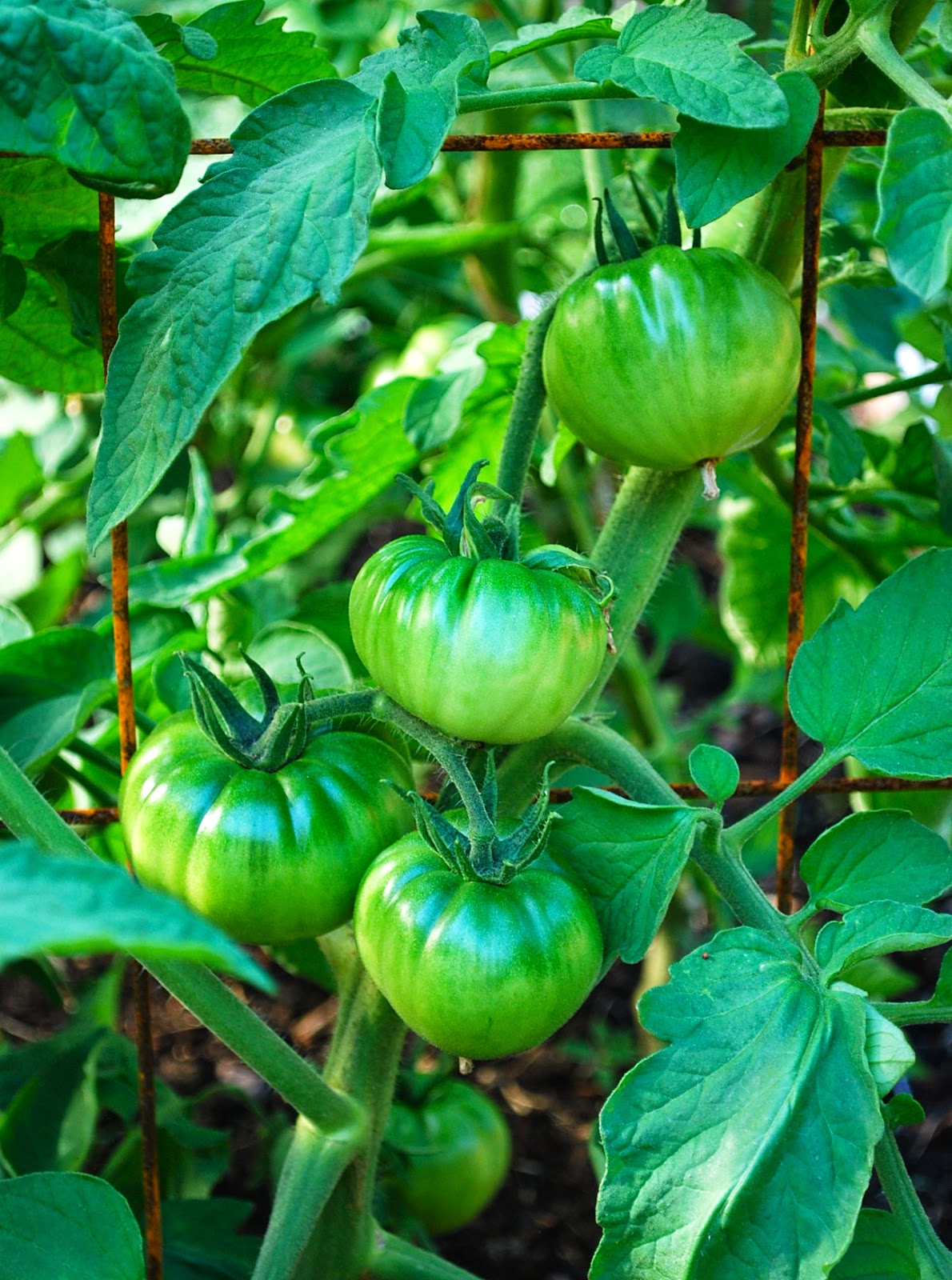 It will be a few more weeks before we pick our first heirloom beefsteak tomatoes but they seem to be forming nicely. When moving, one of the things I contemplate as a gardener is whether a particular vegetable will thrive in our new location.  Being so close to the coast, I was concerned that my tomatoes would be more prone to disease than they were before.  Tomatoes are incredibly important to us as we love eating them fresh and try to make enough sauce to last us throughout the year.  I'm glad that so far they seem to be doing well in our current location. 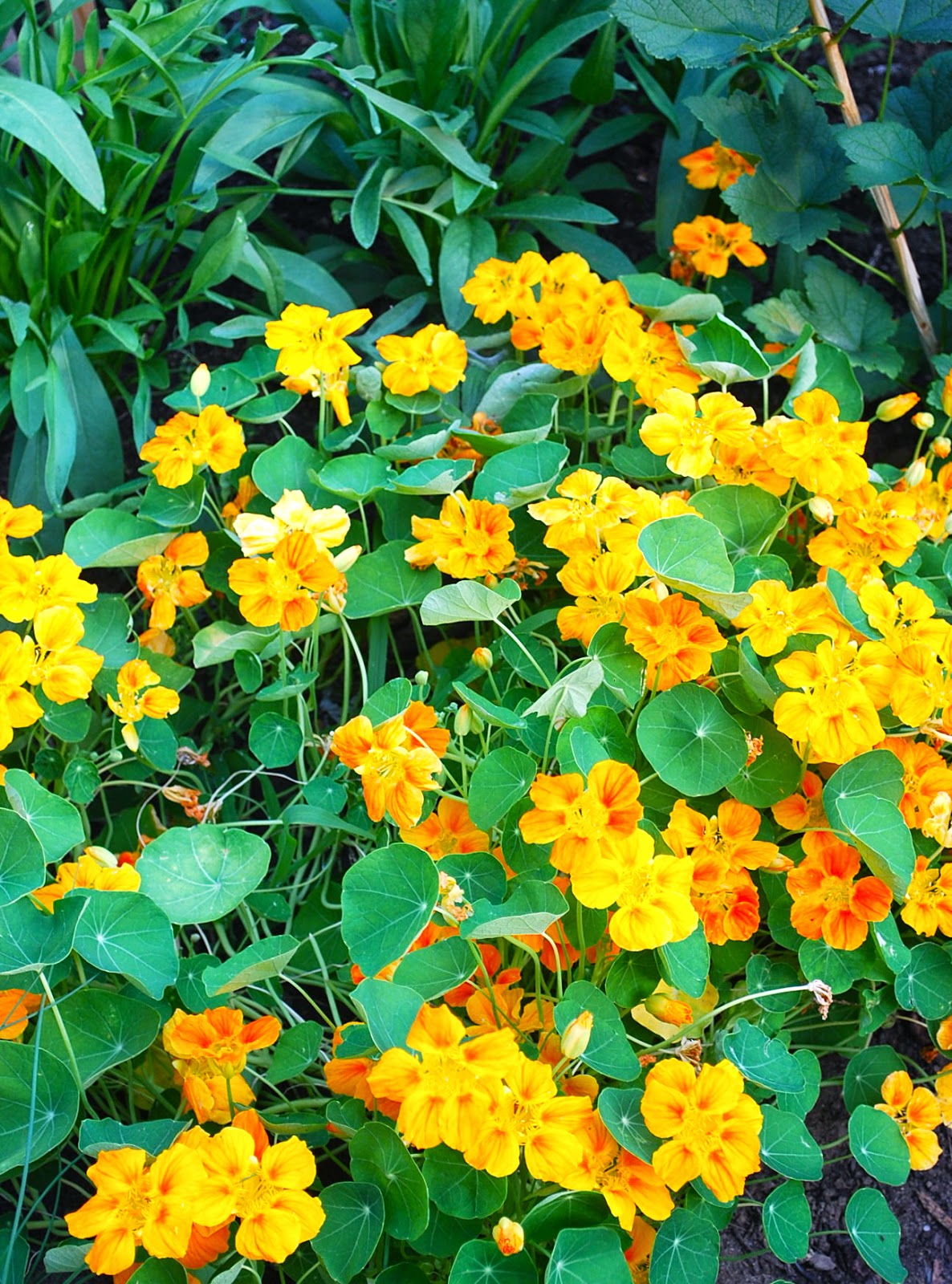 I haven't really harvested any of my nasturtiums, mainly because I'm not too fond of their taste.  However, they are quite stunning and add amazing color to any vegetable garden. 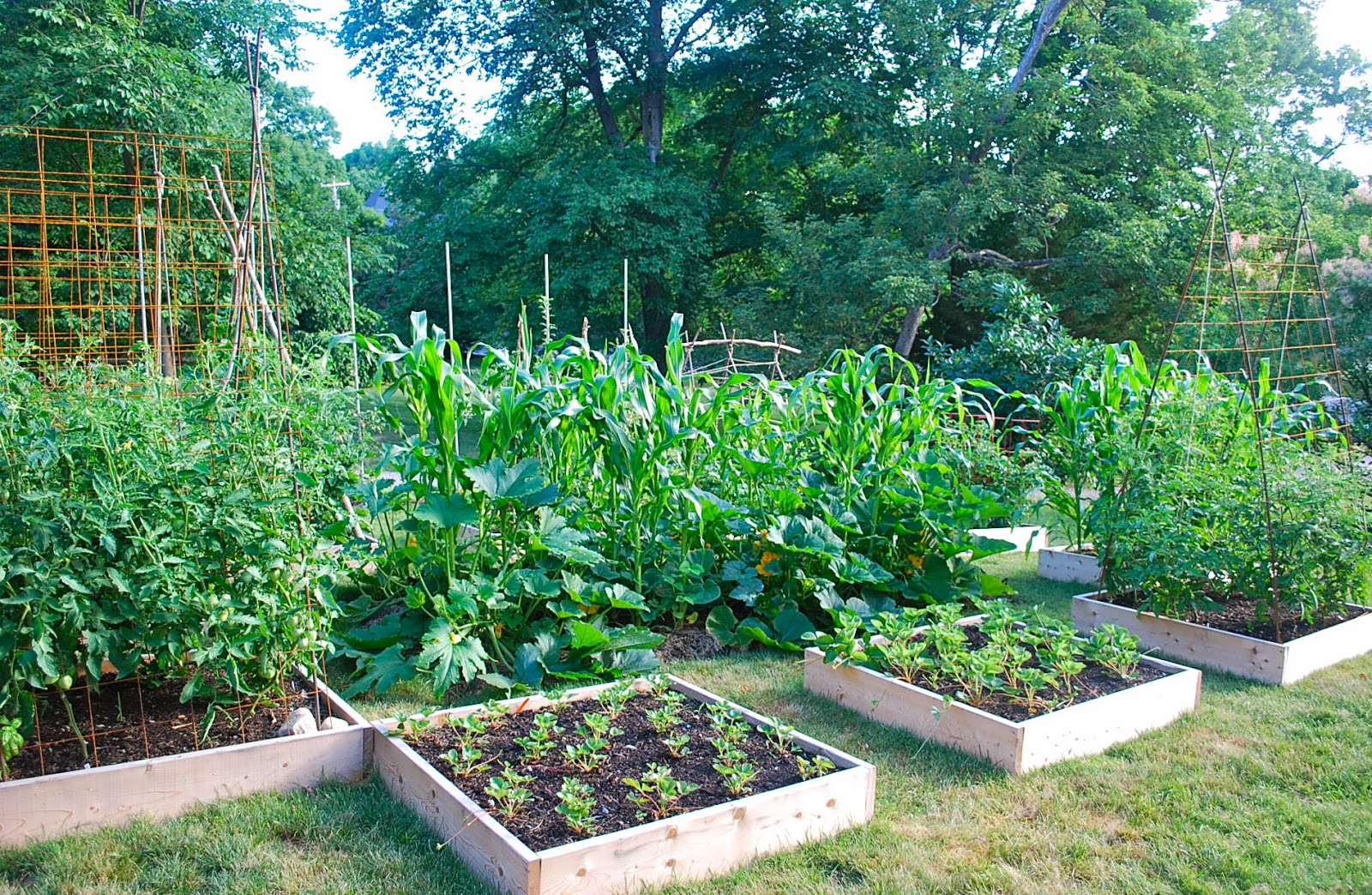 That's it for now.  Happy gardening everyone!
Posted by Thomas Generazio at 11:18 PM