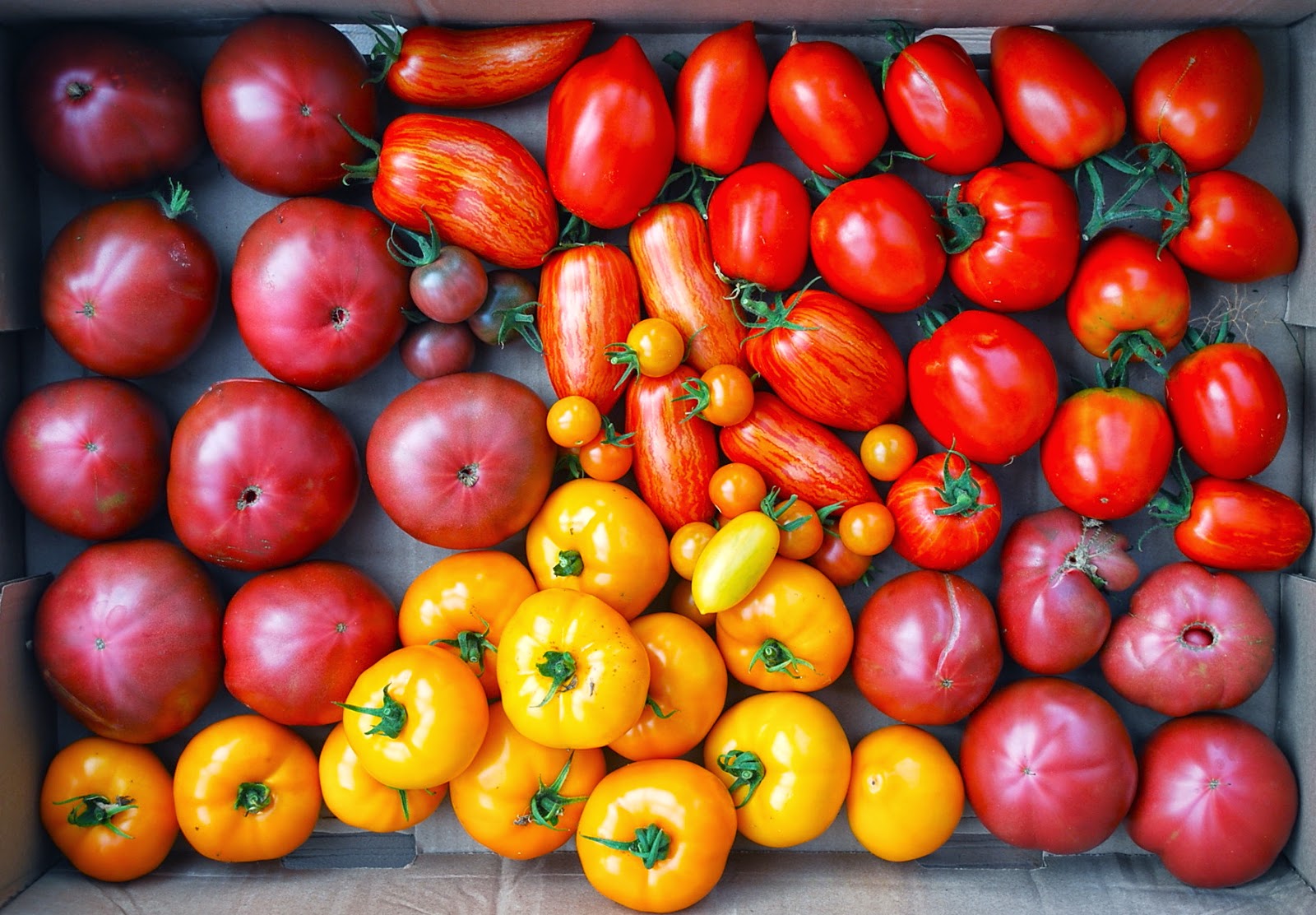 And we're back!  I can't believe it's been so long since I've last posted a blog update.  Between traveling for work, daily house chores, weeding, harvesting, fall planting and preserving, I haven't found much time or motivation to blog.  Summer is flying by and we're trying to soak up as much of it as we can before fall arrives. 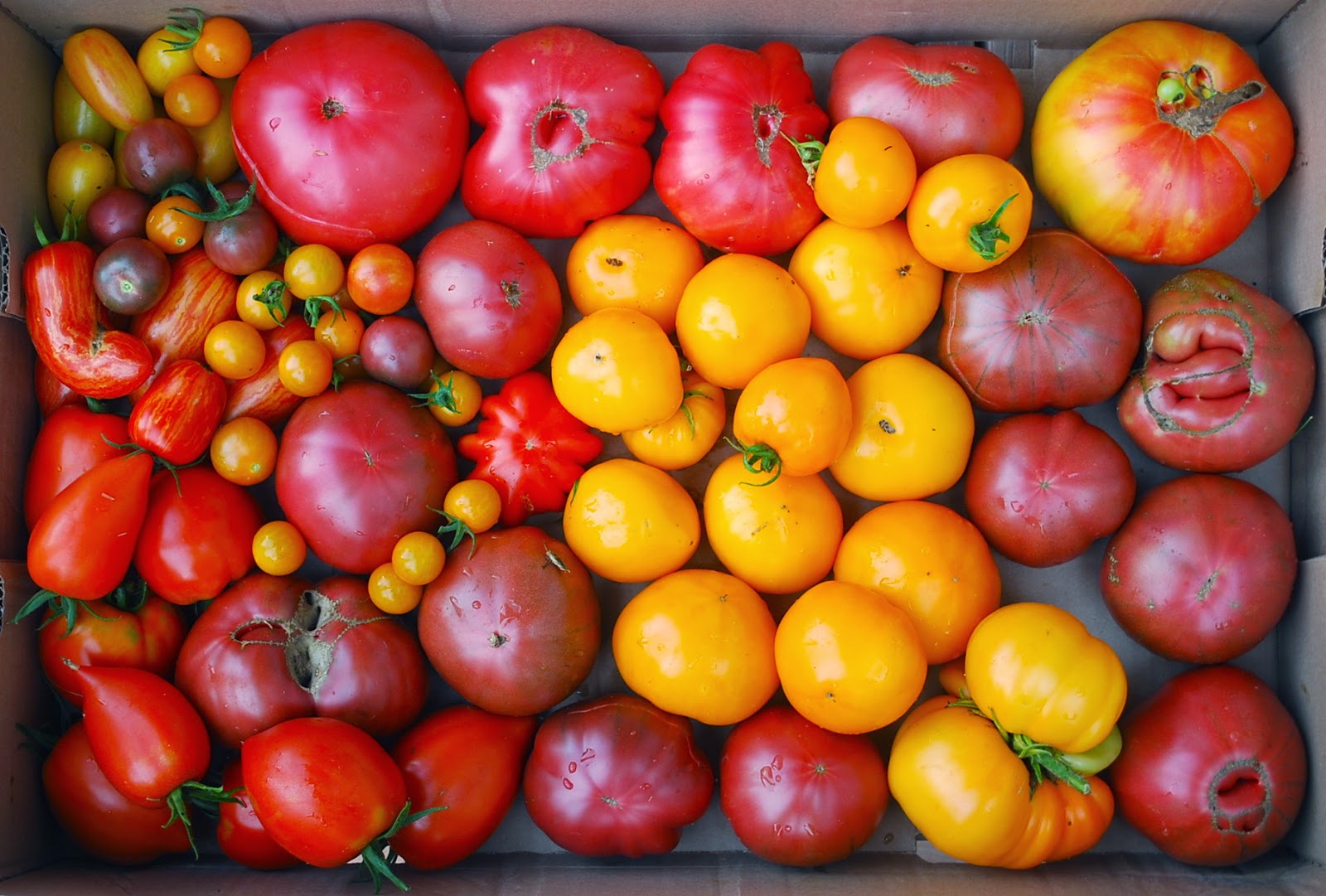 August is all about tomatoes in our garden.  I was a bit concerned earlier this summer that our tomato harvest this year wouldn't be as productive as it's been in years past.  For one thing, it usually takes at least a couple of years to really build up the top soil in any newly installed vegetable garden.  Also, the weather has been so mild this summer.  I can only recall a couple of weeks in July when temperatures reached above the upper 80's.  For the longest time, it seemed as though our tomatoes were adamant about staying green.  Slowly, they started to turn in early August, and since then, began to ripen in droves.  Our paste tomatoes (Amish Paste and Speckled Roman) have been ultra productive.  And the flavor of our heirloom tomatoes have been excellent too - very rich, sweet and juicy.  Once you start growing your own tomatoes, it becomes really hard to even stomach a mealy/tasteless supermarket tomato. 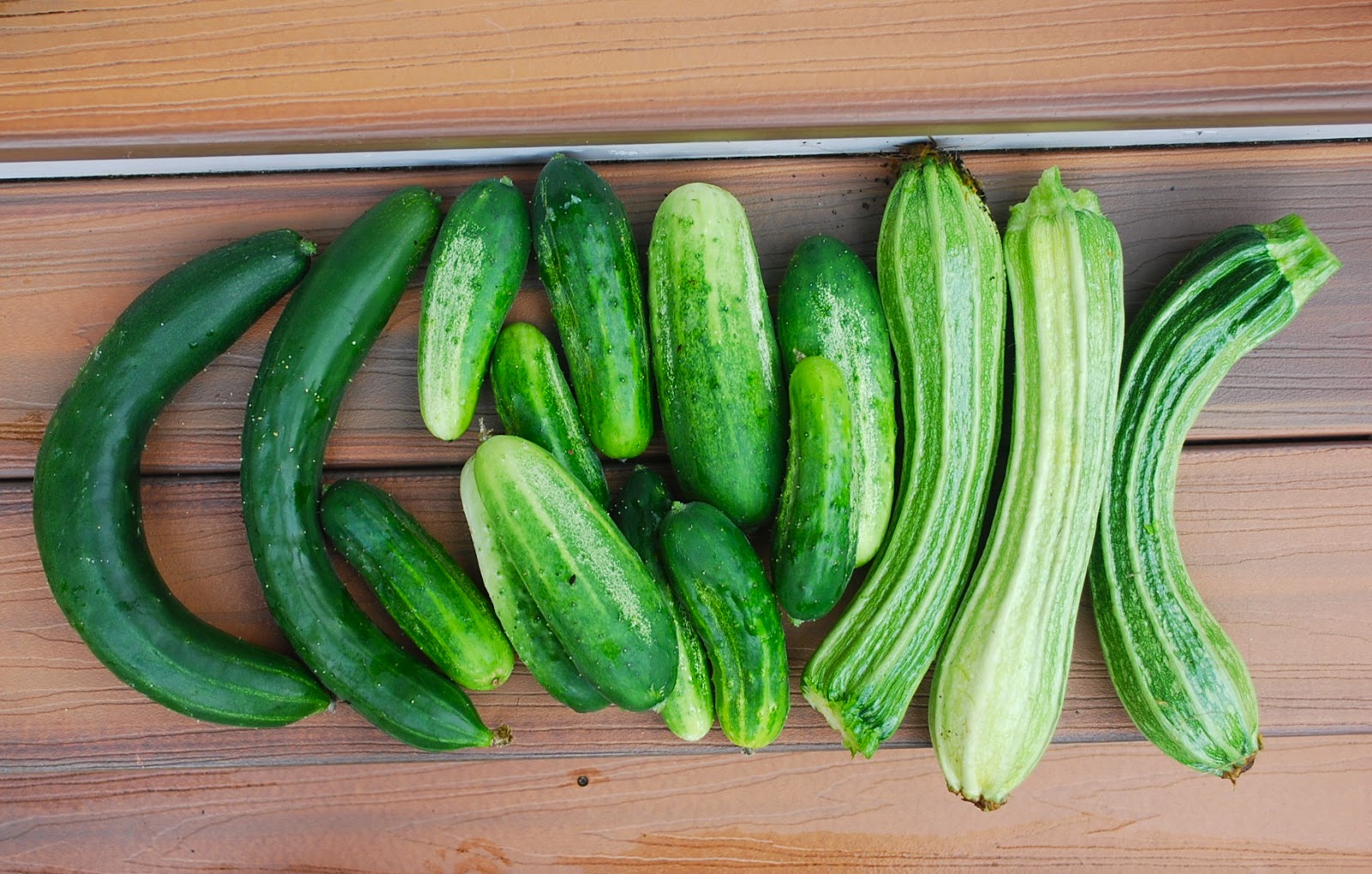 Beyond the tomatoes, our cucumber and zucchini plants continue to produce.  I'm very happy with how they've performed this year.  Cucumber beetles and powdery mildew were such big issues in our old garden that our cucurbit plants and harvests were usually finished by late July.  ﻿These things are still present in our new garden (I'm down to two zucchini plants), but not nearly as bad.  If we're lucky, we'll still be able to harvest cucumbers and zucchini in September. 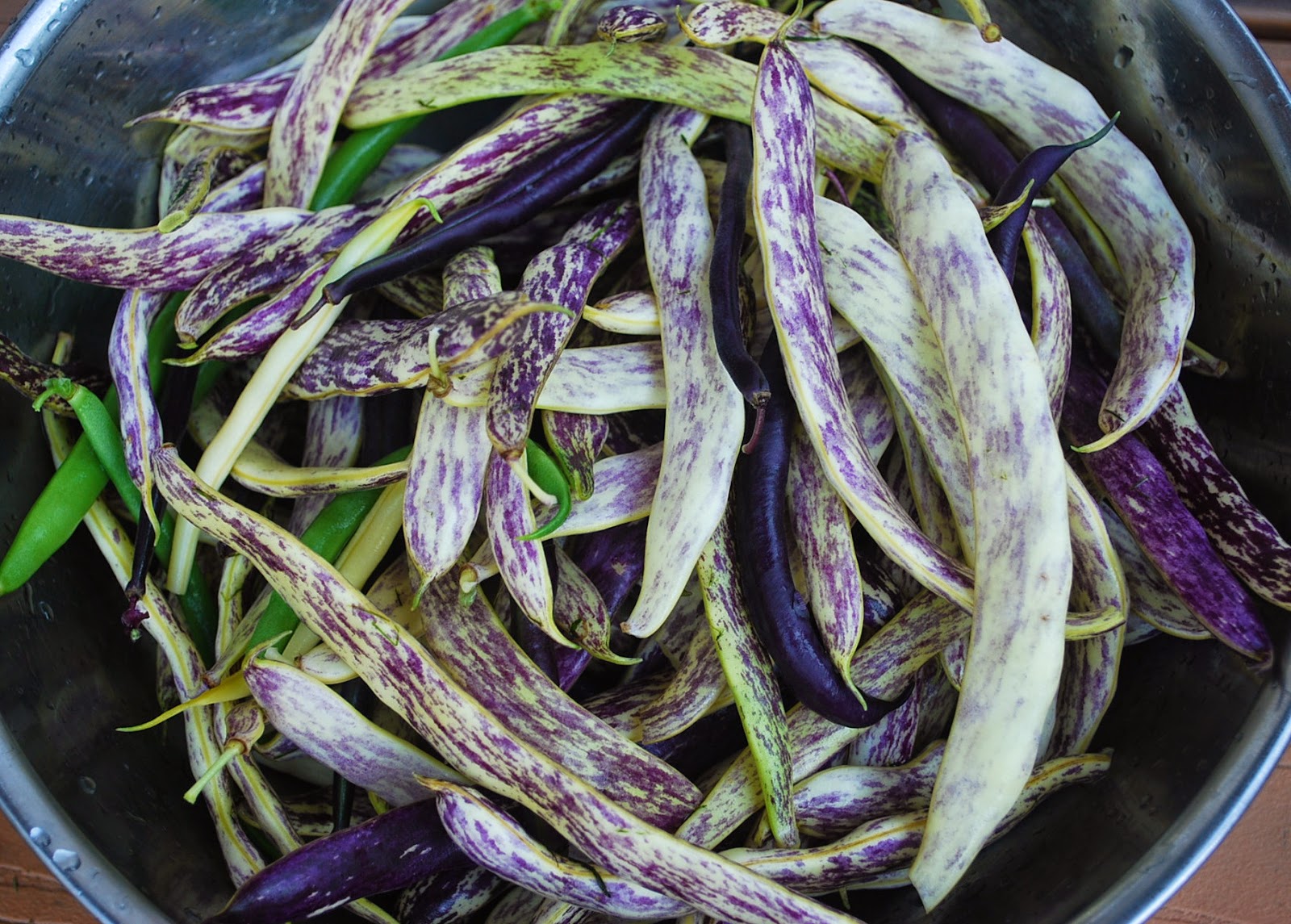 Dragon's tongue beans are among my favorite string beans to grow.  Unlike other bush type beans, they continue to produce pods over a long period. 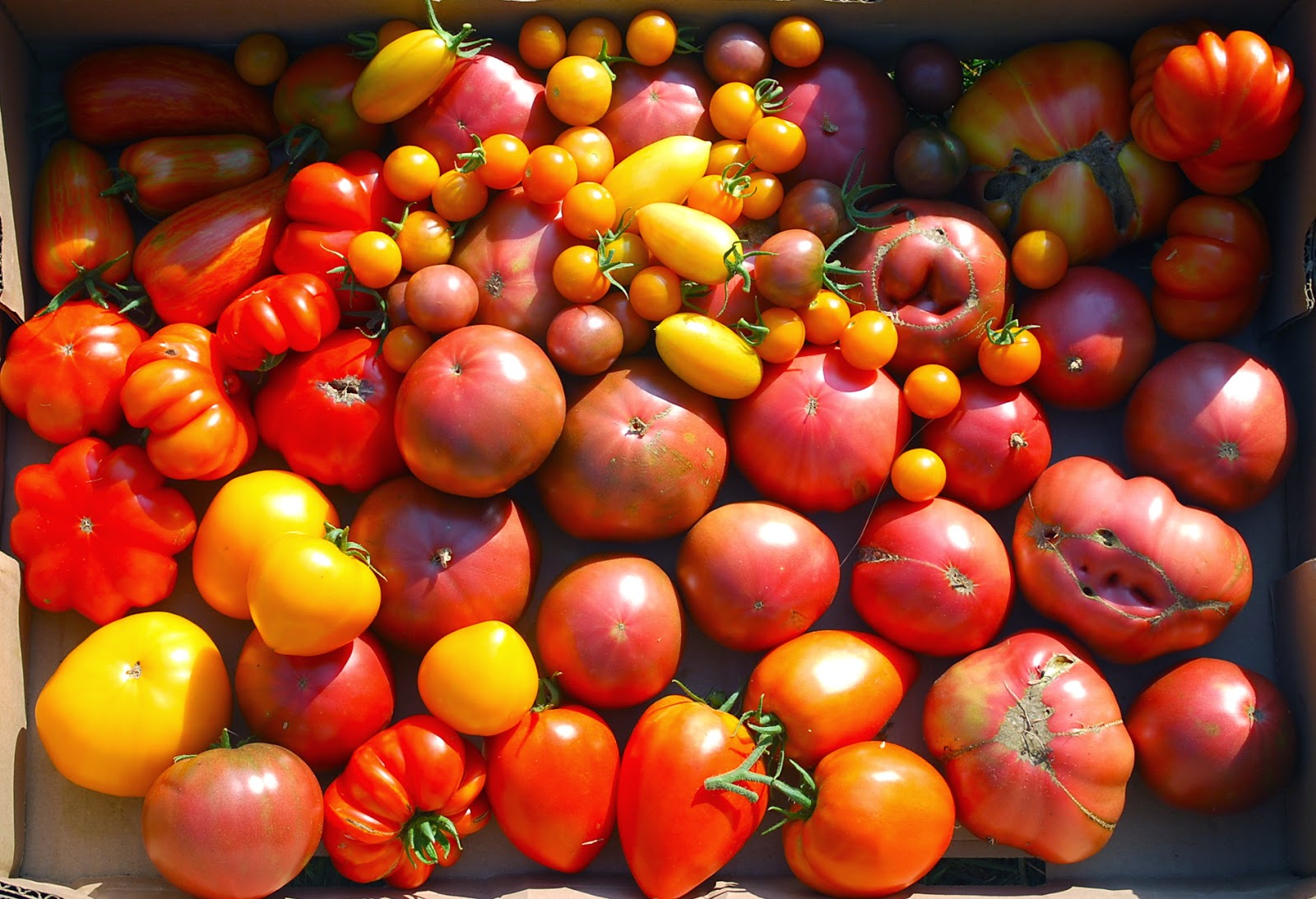 All of the tomatoes in this post were picked during one week's time.  In the past, keeping up with the tomato harvest often felt like an overwhelming chore.  Not so this summer.  We have 29 plants this year, which seems to be the magic number for our needs.  While we try to enjoy eating fresh tomatoes as often as we can.... 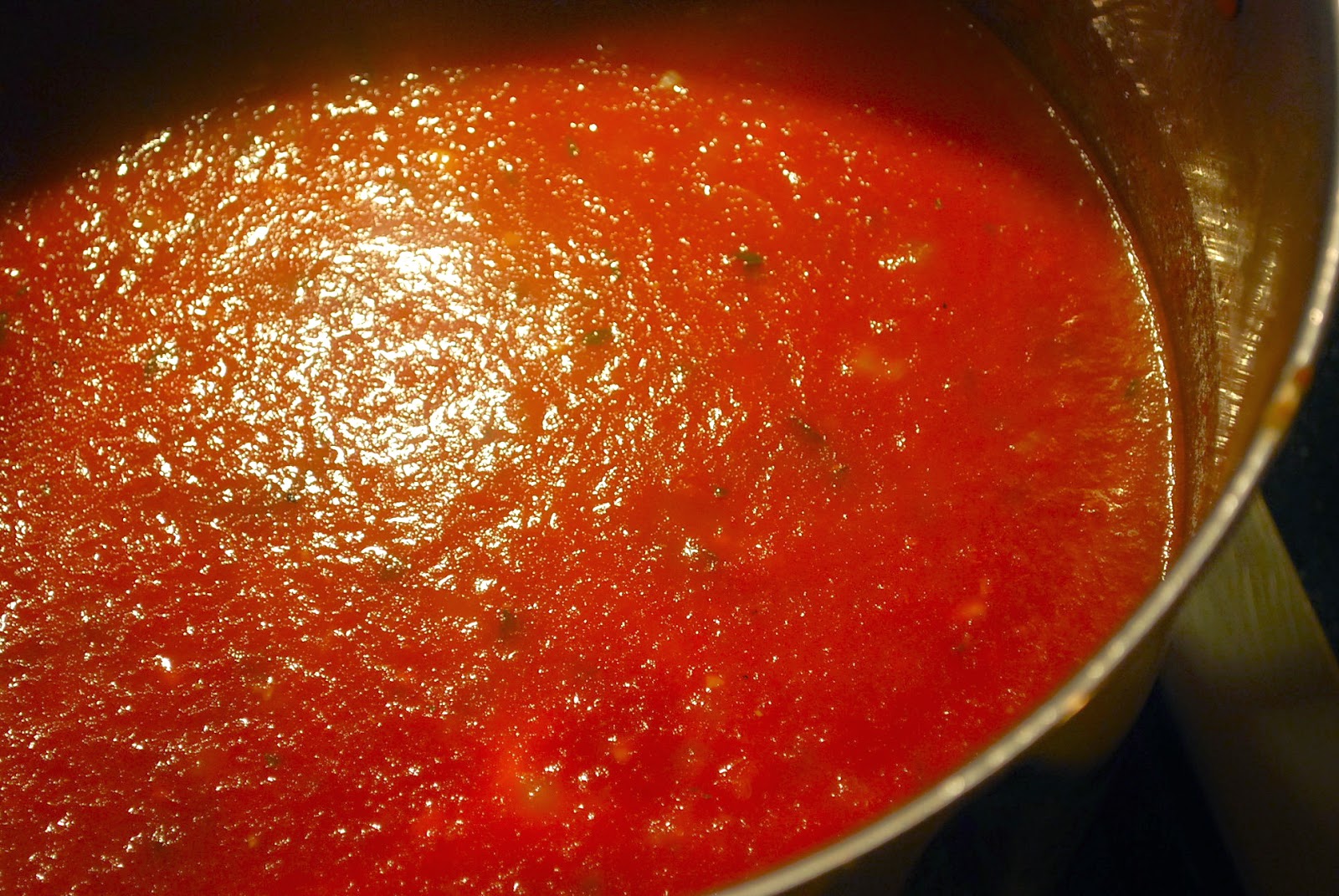 Most of our tomatoes are used to make sauce.  I try to make and freeze enough tomato sauce to last us all year long.  I think we've met that goal this year and then some.

In any case, there's already a chill in the air at night.  Our friends in Vermont are already seeing leaves changing color.  Something tells me that fall will arrive early this year and that the upcoming winter will be a harsh one.  If this turns out to be the case, it's nice to know that we can still heat up some sauce and enjoy a bit of summer even when it's cold outside.
Posted by Thomas Generazio at 9:58 AM